«Uh, Mr. Burns, people are calling this a meltdown.»
«Oh, meltdown. It’s one of these annoying buzzwords. We prefer to call it an unrequested fission surplus.»
Kent Brockman and Mr. Burns, over the hotline, in «The Simpsons: Homer Defined»

iOS 11 comes with a lot of nice options for its control center. Swipe from the bottom of the screen and you have instant access to, e.g., stopwatch, screen recording, torch, notes, camera and the like. It can be nicely configured in the Settings. As with prior iOS versions, you can also turn on Wi-Fi and Bluetooth. Yep, you can turn it on. You cannot turn it off anymore. 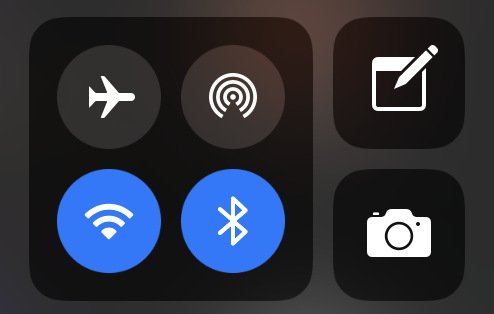 Control Center: Wi-Fi is on. 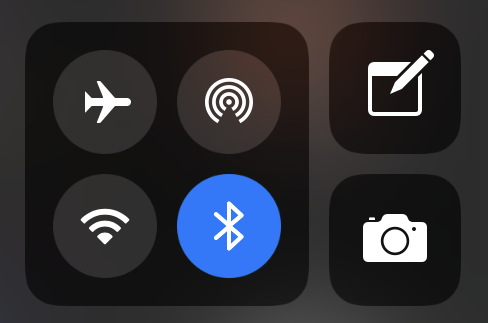 Control Center: Wi-Fi is not off. It is just “disconnected”. 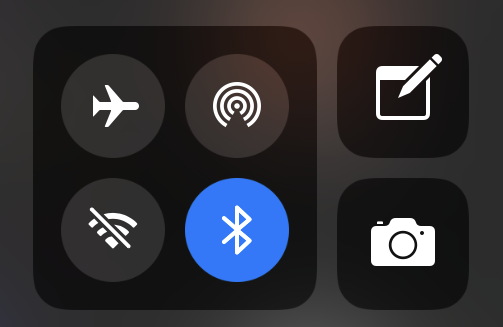 Control Center: Wi-Fi is actually off. Only possible to do in the Settings.

The only thing you can do besides turning it on is to disconnect. But Wi-Fi and Bluetooth stay on. As Apple’s support document says:

Yep, veeery important features. Very. And it will immediately disconnect. Great. But when I turn them off, I explicitly do not want to use Wifi and/or Bluetooth, and yep, I freely accept that features like these aren’t available while they are off.

The only way to actually turn off Wifi and Bluetooth is via the settings (again Apple’s support document):

The last sentence is telling: “For the best experience on your iOS device, try to keep Wi-Fi and Bluetooth turned on.”

iOS Settings: Wi-Fi is on.

iOS Settings: Wi-Fi is off.

It seems Apple has a vested interest in having their users walk around with Wi-Fi and Bluetooth turned on. After all, you can turn on a completely off Wi-Fi and/or Bluetooth in the control center. But once you’ve done that, you can’t use the conveniently available control center to turn them off again. You have to go through the settings, which takes you not one swipe and one tap (and another to leave the control center and be immediately back in your app) but one tap on the Home Button, one tap on Wi-Fi or Bluetooth, a swipe to turn it off, and then going back to your app again (likely: Home Button, app icon).

If Apple were really of the same mind about on or off, they would not allow for the control center to turn Wi-Fi and/or Bluetooth on. You’d have to go to the settings as well. There’s also no reason not to allow for three states in the Control Center. Another button, or going through all three modes, or a swipe gesture, or any other form could have been used to differentiate between off — disconnected — on.

Actually, it’s a really nice example of a dark pattern trying to influence users. Making it very convenient to enable something, but much more inconvenient to disable it.

But why should this be a problem? And what has Apple to gain from it?

The problems are substantial. Battery drain when Wi-Fi and/or Bluetooth look for devices, security risks given your device can be reached, clashing with the users mental model*, and — last but not least — privacy concerns. After all, Wi-Fi improves accuracy in localizing you on the map. I’m guessing (and I might be wrong), but I always imagine people running around with Wi-Fi and Bluetooth turned on as having devices that constantly scan the environment for possible network access and spreading this information.

And what does Apple has to gain from it? Well, perhaps exactly this information. Information about hotspots, and of course, the ability to provide you with location specific apps.

These are only a few of the issues I have with this feature (rather: bug, or better: dark design pattern) of Apple.

But there’s another reason. In a world that is interwoven with technology, it’s important to disconnect. To have time for your ideas, to reflect. That’s very difficult in a constantly connected world. Sure, you can go to Airplane mode, but until now you could use another option that is not as drastic. That options is still there, in the settings, some taps and swipes away.

So, yeah, bad move by Apple.

* For example, you expect Bluetooth on your iPhone to be off. Later, you try to pair your Bluetooth keyboard with your Mac. But it doesn’t work. A while later you find out that Bluetooth was still on and your phone has connected with the keyboard, leaving it unable to pair with your Mac. It really sucks to try to pair a keyboard for half an hour and failing, because the device in your pocket has secretly hogged the device. Thanks a bunch, Apple!

Post Navigation
next older posting: Reading digitally with the iPad Pro, the Apple Pencil, GoodReader and the Apple Notes App
next newer posting: GoodNotes for iOS allows for good note-taking on an iPad Pro (with an Apple Pencil)