Giving I’m sitting a lot, a while ago I started to use my normal desk at home as standing desk again. The construction was rather … improvised (esp. compared to the last one I had in an apartment far, far away). It’s just the table set to the maximum height and whatever I had at hand to make up the remaining height: 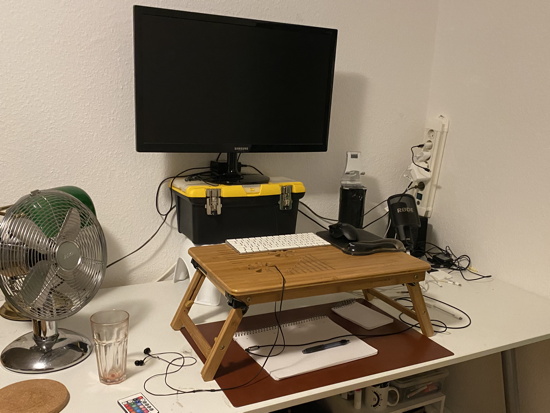 Still, it worked, but not that well. The eyes work too.

I tried to use bough mini shelves, but they were from very cheap (and heavy materials), so I decided against it. Esp. after a visit to the hardware store revealed that they do have affordable wood. 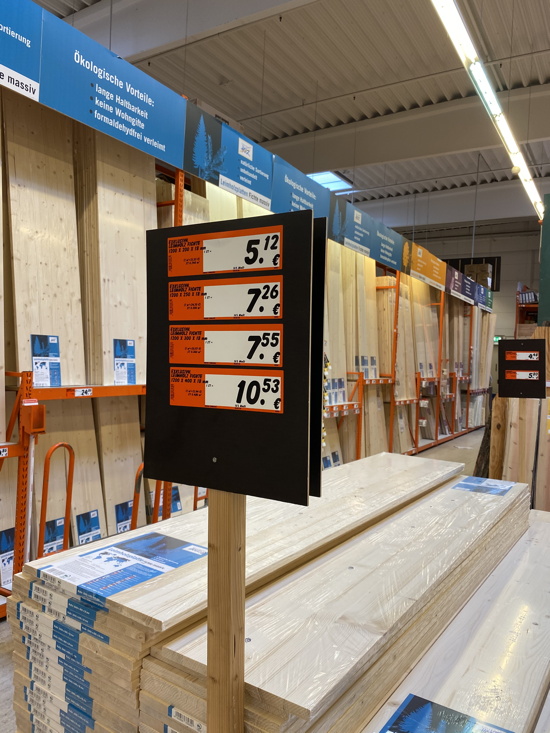 I think it’s called glued laminated timber (Glulam)(?), but I like it. After buying one of these boards and trying whether I could cut it (yup), I bought two additional ones and started to work on something … better.

So from sketch (last iteration, I went simpler and simple for the first project): 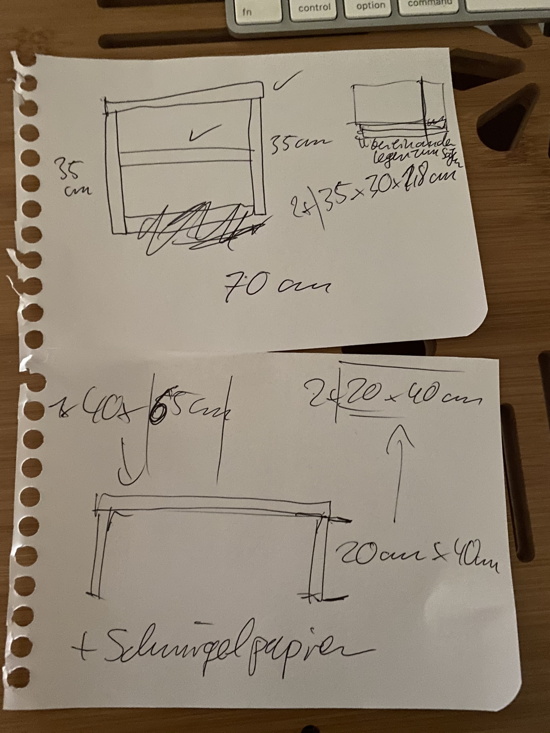 to constructing it (here: making sure the shelf is horizontal — I turned it on the side for the photo — like I’ve written, first project, no other tools at hand): 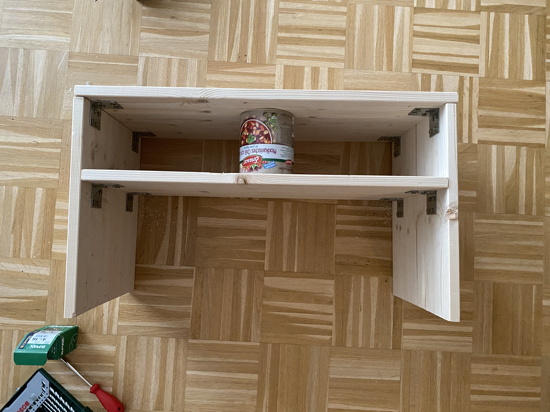 and yeah, I used the simplest way to connect the boards: 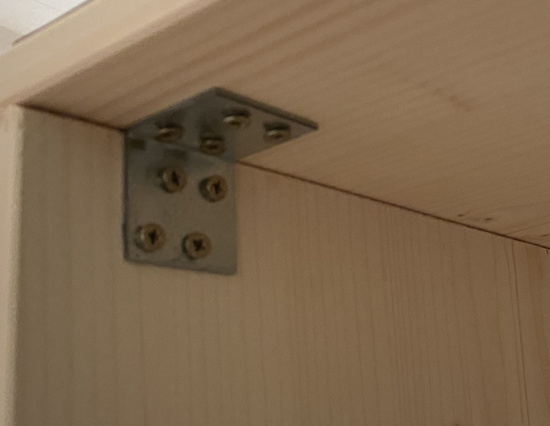 To the finished setup: 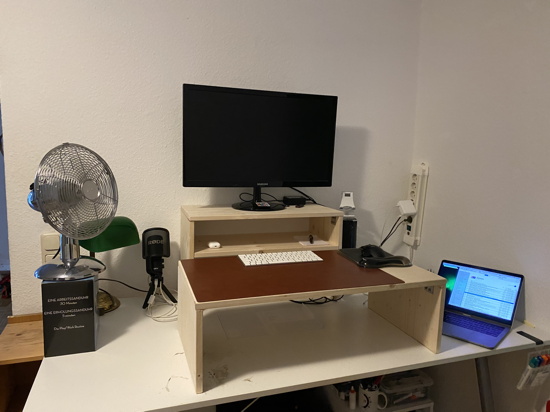 And yeah, it’s not well done. There are small gaps, I’m unsure about the screws I’ve used and the longevity of this material, and there’s a scar in the wood when the handsaw jumped, but it does look … well.

Overall I am surprised how fast it went. The handsaw was made for the material and it worked surprisingly well (I type on a computer keyboard for a living). I haven’t stopped the time but no more than a handful of hours overall.

If I’d known this earlier I had done it sooner, and yeah, there’s treating the wood (left it as it is) and much much more you can do.

But yup, very simple project and it worked out very well (using it at the moment to write this posting).