I left Twitter a while ago, but I still have a couple of accounts bookmarked. Instead of using a Twitter app, I occasionally open the bookmarks group in my browser and scan through the 15 to 20 accounts for interesting content.

One advantage is that you see when accounts get suspended or removed — their content doesn’t simply disappear from your timeline, instead you get an error message. 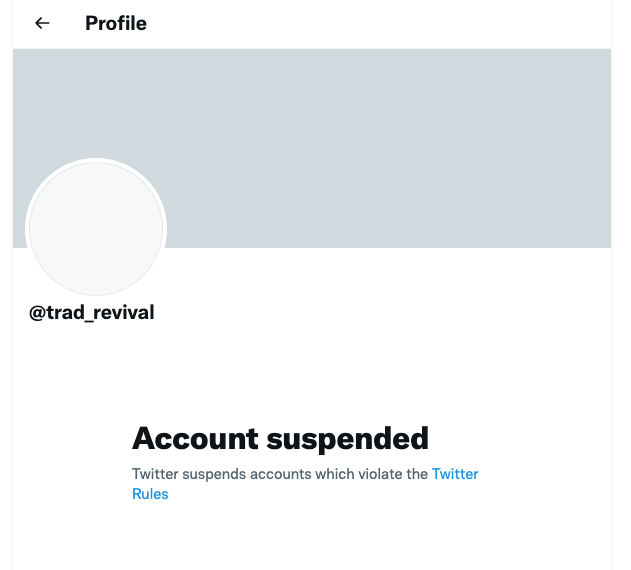 The latest account to get removed was @trad_revival. IIRC it was an account with mostly pretty pictures (yeah, as the name clearly indicates, of course with a particular worldview in mind). But apparently they did post something someone did not like.

That’s one of the reasons I like platforms like Gab. Sure, there is content on that platform that is … beyond my comfort level, but at least I know that they do not remove that much content (and sure, every platform removes content, you have to if it’s, for example, child sexual abuse).

But as long as I see content I disagree, I have at least some evidence that free speech is alive and well.