«Much of the history of the Western world, over the past three decades, has been a history of replacing what worked with what sounded good.»
Thomas Sowell

What happens in Vegas might stay in Vegas, but what happens in some ridiculous branches of the university surely does not stay there. It leaks in other areas, including companies and, unfortunately, medicine.

But at least there is also some push-back. Hilton, Thompson, Wright and Curtis (2021) wrote a short letter to the editor emphasizing the need to take sex into account in medicine: 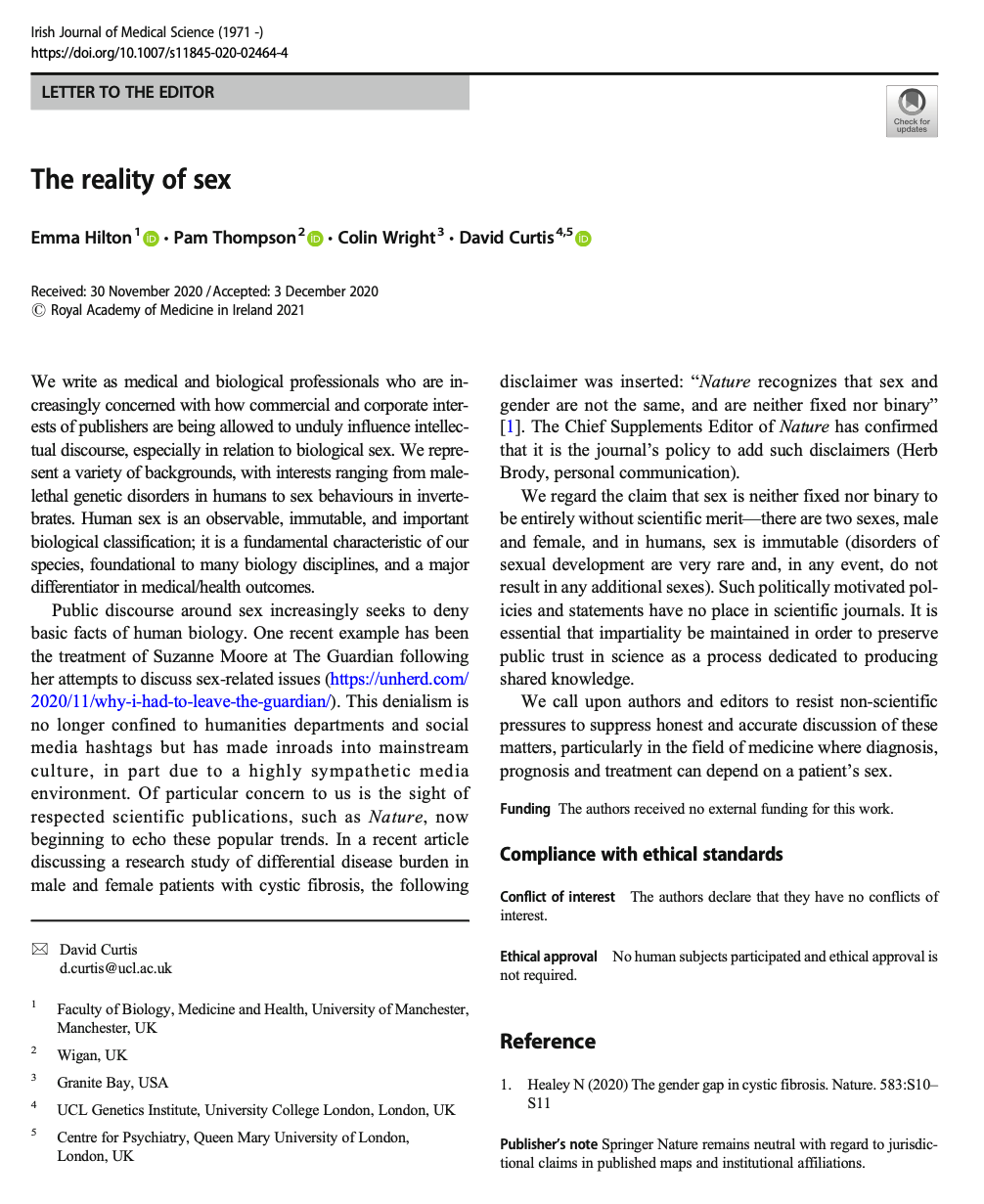 It’s rather … disconcerting that political correctness does interfere with medical research and treatment. It’s an unfortunate trend, which might have something to do with a prevalent care ethic (I care about others thus I am moral, and it’s important to be (seen as) a moral individual to avoid potentially life-threatening ostracism. But there is short-sighted caring, which is pretty easy and does not demand much, neither in knowledge nor effort nor courage. And there is the long-term view which takes the consequences of “caring” into account.

Unfortunately, in many instances, the short-term view wins.

Nice to see there is a counter-movement forming.