To solve a narrative problem by killing one of your characters is something many authors have done at one time or another. To slaughter the lot of them, and then claim they’re better off, is not honest storytelling: it’s propaganda in the service of a life-hating ideology.
«The Darkside of Narnia» by Philip Pullman

As a teenager/twenty-something, I did read the Narnia series by C. S. Lewis. And I agree with Pullman here (see quotation above), damn, that series sucked.

So I wrote my own version. 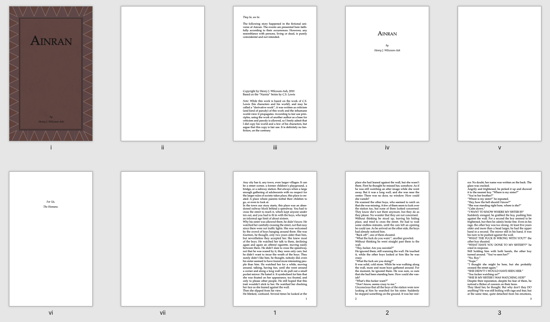 I did call it Ainran (yeah, just Narnia backwards).

Not well written (hey, first attempt), but still, I thought it was an improvement over the original series, while borrowing heavily from it.