There’s an old saying that if all you’ve got is a hammer, everything looks like a nail. While this might be true (and, so undoubtedly, the addendum above), there a time where a hammer (and a nail) is very useful. Personally, I am really loving my standing desk — and the wall beside it. It’s not a mere constraint to my movement and necessary barrier to the outside world, it’s quite useful. I’ve written about the use of a couple of nails in the wall in this posting.

But, hey, did the wall evolve. It turned from this: 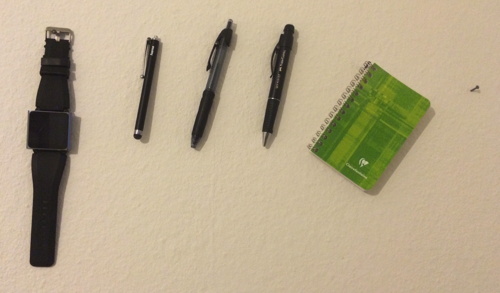 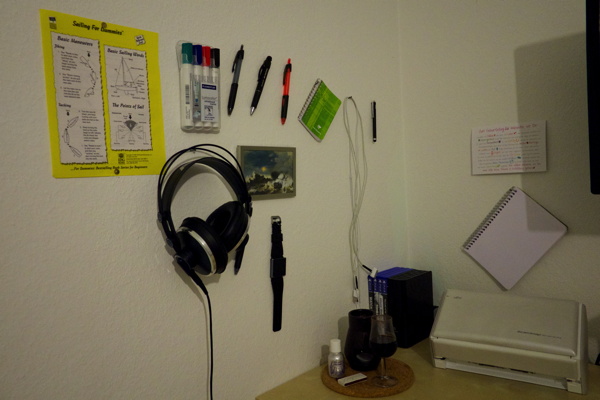 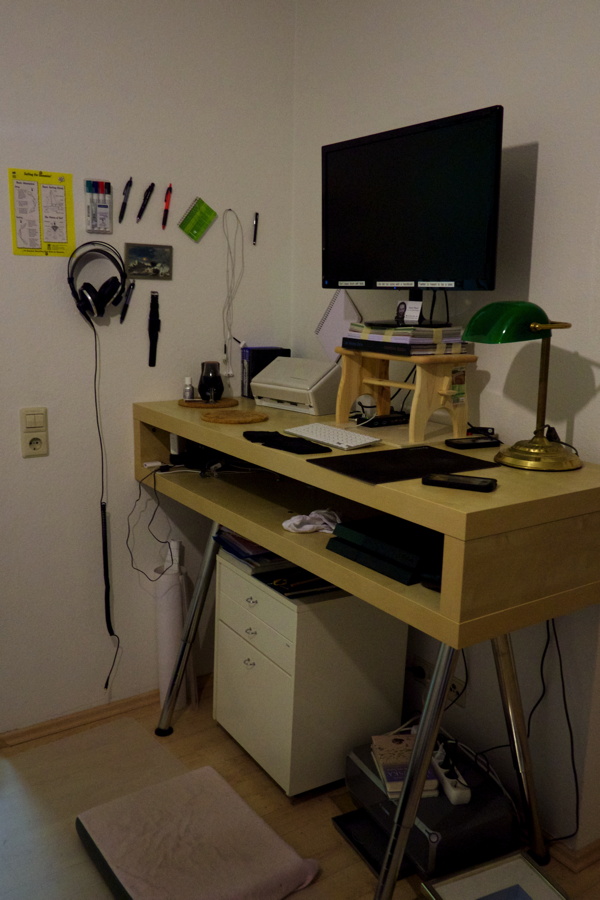 Which leaves my workspace mostly clutter free. Still, If I need a pen or a cable, I have it in easy reach.

All because a couple of nails in the wall.

P.S.: Careful about power cables in the wall. At least in Germany the rule seem to be that they run in a straight line (vertically or horizontally), so avoid hammering any nail in such a place.

P.P.S.: Yeah, I’ve got a couple of reminders on my monitor, including “Don’t argue drunk with fools.”, “Life did not come with a handbook.” (my personal motto and as far as I can tell my creation), and “Twitter is meant to be a joke.” It helps me keep perspective. I could have removed them, but I think if you are going to post about ways to improve creativity (mostly through organization), why not show how you actually work? And yes, I’m interested in sailing.