Lisa: [sigh] “Well, I guess you can’t beat big business. There’s just no room for the little guy.”
[another girl plays with the Lisa Lionheart doll]
Lisa Lionhart doll: “Trust in yourself, and you can achieve anything!”
[the girl smiles]
Lisa: “You know, if we get through to just that one little girl, it’ll all be worth it!”
Stacy: “Yes. Particularly if that little girl happens to pay $46,000 for that doll.”
Lisa: “What?”
Stacy: “Oh, nothing.”
The Simpsons: “Lisa vs. Malibu Stacy” 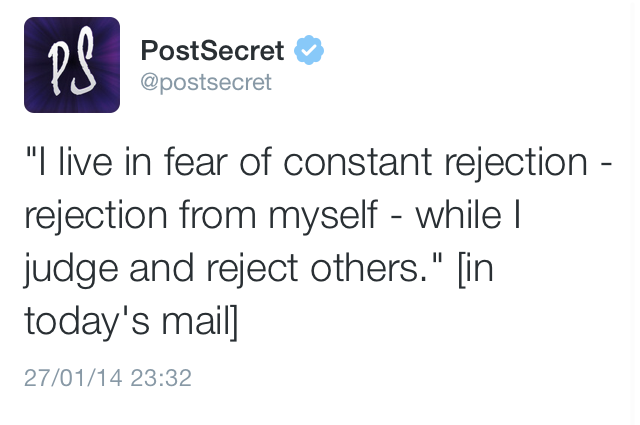 Personally, I don’t understand it.

Sure, rejection hurts — more than (almost) anything. Whether it’s a scientific paper that gets rejected by a journal, or fiction/poems by a publisher, or your interest gets rejected by the person you are interested in — it hurts like hell. Happened to me over and over again.

But ignoring the emotional aspect for a moment — in most cases, it’s a matter of fit, not a criticism of the person or the work per se. The tastes differ between the two parties. The scope of the journal does not fit to the paper (most frequent reason for rejects — if I am not mistaken), the editors prefer different stories/poems, or the person you are interested it has different tastes. And fit — or matching — it’s a problem on both sides: You(r work) do not fit them, and they (their work) does not fit you.

I think the area where I have seen this matter most is actually in online dating. Women might get swamped by shotgun-style-“wanna-have-sex-with-me”-messages, but I think men see the real ugly underbelly of online dating. Seriously, looking at the profiles, most profiles are boring. “Carpe diem” and “live life to the fullest” cliches boring. When you read these profiles you can’t help but wondering — if this were true, what the hell are you doing here? Seriously, the disparity between self-image and actual character I’ve seen on sites like OKCupid vs. meeting the person face-to-face — even considering that it’s my subjective impression of that person — woaw, major turn-off. Granted, most conversations die prior to meeting the person. I’ve rarely seen so much self-involvement this clearly. Must be the shotgun-style-messages that make even the meanest peasant feel like royalty.

Anyway, I — like many other people — reject a lot of people and things … for perfectly good reasons. And that’s fine and natural. It’s acting in accordance with one’s tastes. It’s acting with integrity. It does not mean that one of the persons involved is “bad”, or that the work is “bad”. Just that it does not fit. And that honesty is invaluable. It allows both parties to go on looking for a better fit, whether it’s a journal or an article, a publisher or different stories/poems, or another person.

And frankly, I rather have the honest positive regard and respect for my person and work from a tiny group of honest people, than hundreds of thousands of people claiming they like me/it, while hating it or finding me/it just “okay”.

Masses are nice, but it’s only people who are interesting and interested who really matter.