“Heather, why are you such a mega-bitch?”
“Because I can be.”
Veronica Sawyer and Heather Duke in “Heathers”

I recently stumbled upon an interesting article titled: “Trolls just want to have fun” by Erin E. Buckels, Paul D. Trapnell, and Delroy L. Paulhus. In it they report (abstract):

In two online studies (total N = 1215), respondents completed personality inventories and a survey of their Internet commenting styles. Overall, strong positive associations emerged among online commenting frequency, trolling enjoyment, and troll identity, pointing to a common construct underlying the measures. Both studies revealed similar patterns of relations between trolling and the Dark Tetrad of personality: trolling correlated positively with sadism, psychopathy, and Machiavellianism, using both enjoyment ratings and identity scores. Of all personality measures, sadism showed the most robust associations with trolling and, importantly, the relationship was specific to trolling behavior. Enjoyment of other online activities, such as chatting and debating, was unrelated to sadism. Thus cyber-trolling appears to be an Internet manifestation of everyday sadism.
Buckels, Trapnell, & Pauhus (2014)

While I gave the article only a cursory reading (not really my topic), I found it very interesting. Especially passages like

… trolls operate as agents of chaos on the Internet, exploiting ‘‘hot-button issues’’ to make users appear overly emotional or foolish in some manner. If an unfortunate person falls into their trap, trolling intensifies for further, merciless amusement. This is why novice Internet users are routinely admonished, ‘‘Do not feed the trolls!’’.
Buckels, Trapnell, & Pauhus (2014)

The Internet is an anonymous environment where it is easy to seek out and explore one’s niche, however idiosyncratic. Consequently, antisocial individuals have greater opportunities to connect with similar others, and to pursue their personal brand of ‘‘self expression’’ than they did before the advent of the Internet.
Buckels, Trapnell, & Pauhus (2014)

What I take from the article is support for the position that there are people “out there” who actively seek to harm others for their own enjoyment (no surprise here, but nice to see some evidence — unless these trolls trolled the questionnaires). These sadists — in the non-consensual/non-sexual way — look for easy targets, people who give them an emotional reaction. They are the sharks in the water, and they are drawn to blood.

I think it would be nice if the media would remember this when they report about the harassment people get. Just because a person gets shit for his or her actions, including harassment (sexual or otherwise) or even death threats (or threatoids), does not mean that this is a typical reaction of people critical of this person. Instead, it’s pretty much what you would expect to a certain degree. It’s just a normal fact of the Internet.

This is one reason why I like this graphic about GamerGate: 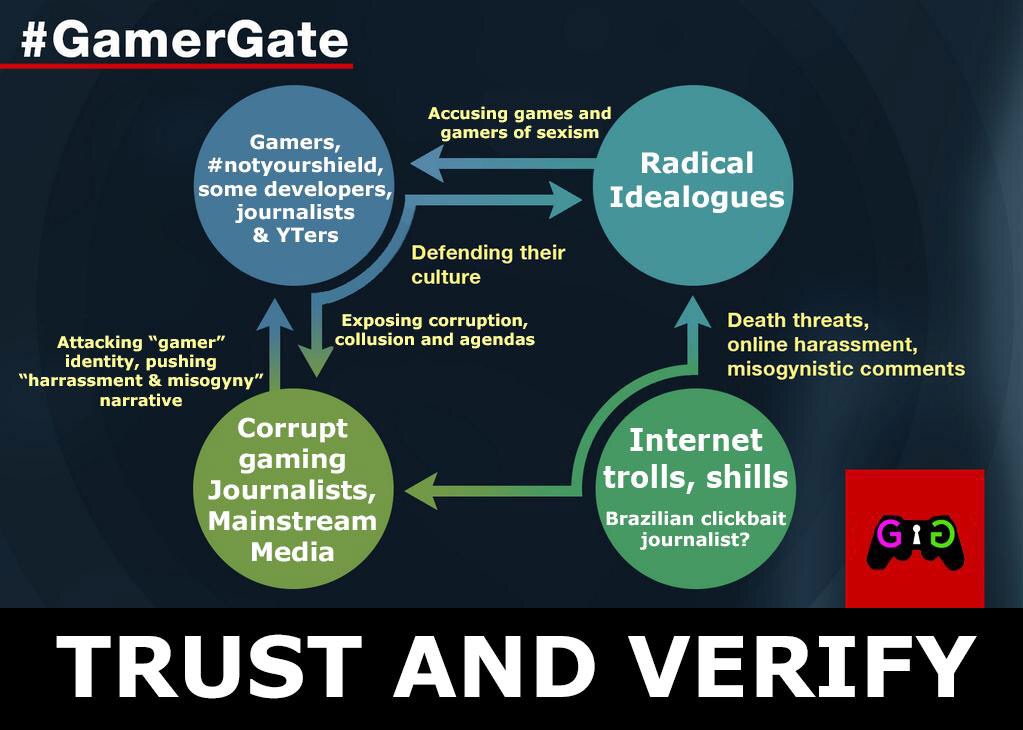 Graphic about #GamerGate, floated around on Twitter, available among others here: http://i.imgur.com/1ytPi3w.jpg

This graphic takes into account that there are different positions and trolls playing them. The only correction I would make is to draw an additional line from “Internet trolls, shills” to “Gamers, #notyourshield, some developers, journalists, & YTers”. Let’s be honest here, trolls are equal opportunity sadists. 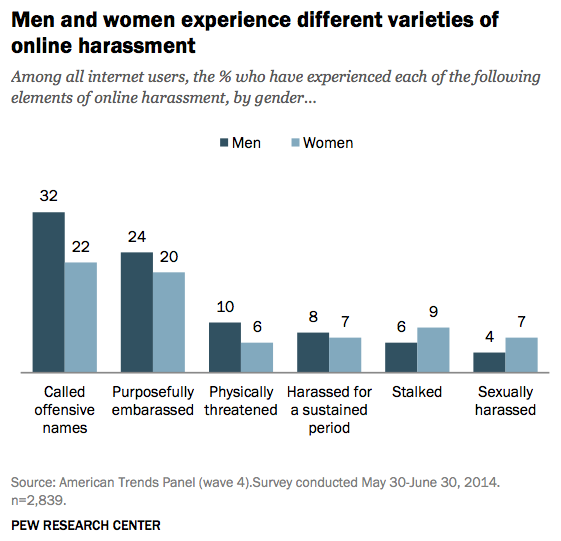 But with a troll mindset — out for sadistic enjoyment — it would probably make sense to target women. After all, it’s usually threats against women where you can expect the strongest reactions and which get reported by the media. And that opens up another line of sadistic enjoyment: weaponizing professional victims.

Sargon of Akkad fittingly described the behavior of professional victims as:

“Normal people want to put bad events behind them, professional victims want to profit from them.”
Sargon of Akkad

Why? Because they enjoy it — and they can.

So, when it comes to harassment online, I wonder whether it isn’t necessary to discard harassment from accounts created after the controversy began. These people are probably trolls and do not reflect people who want to discuss the issue. Likewise accounts that attack people no matter the topic.

In any case, keep in mind that — yeah, some people are sadists, and some sadists are online. That does not mean that the Internet makes them this way, or is in any way responsible. It’s just a medium that is very … nourishing for them. Nor does it mean that any particular movement produces them. Or that they represent any specific position. And if you want a real discussion, if you really want to be objective about the different sides involved in a debate, be prepared to discard some people as trolls.

* I haven’t yet read the report in detail, so I don’t know whether the differences are a) statistically significant and b) actually relevant. In any case, these bad things happen to men and women. Echoing something I see again and again — bad things happen to people. They don’t only happen to one sex or gender.