«I saved a man’s life once,» said Granny. «Special medicine, twice a day. Boiled water with a bit of berry juice in it. Told him I’d bought it from the dwarves. That’s the biggest part of doct’rin, really. Most people’ll get over most things if they put their minds to it, you just have to give them an interest.»
«Equal Rites» by Terry Pratchett

A while ago, I stumbled upon a recipe for a drink that contained 1/2 sliced lemon, 1/2 of lime juice, mint leaves, 1 sliced cucumber, 6 cups of water and 1 tbsp of ginger. I tried it out and, well, the cucumber, ginger and mint leaves do as some taste to the drink.

After playing around a bit, I found that frozen berries (supermarket) work very well. Mixed together with orange and lemon juice, cucumber, ginger, a can of Red Bull, and some other stuff. 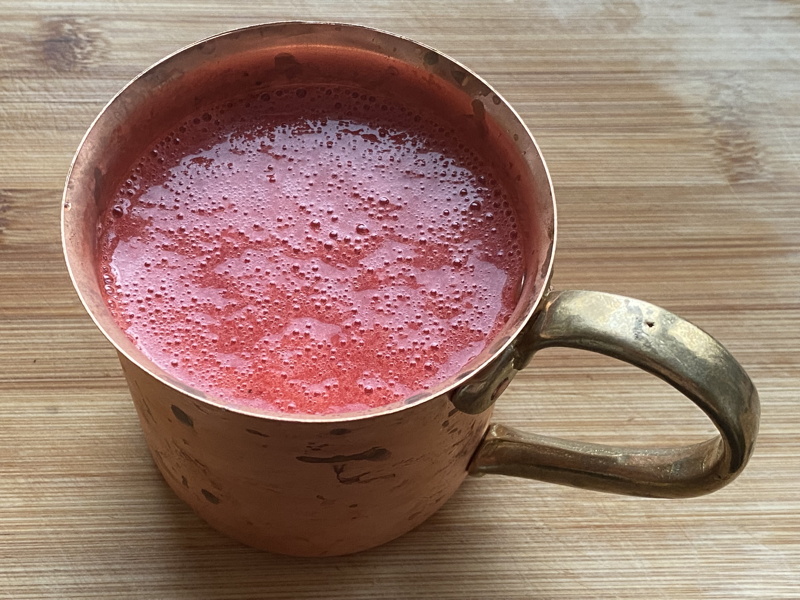 The resulting liquid is semi-fluid and very cold (frozen berries work wonders). Works very well when you want something to drink and cool down the body.