«I didn’t leave the Democratic Party, the party left me.»
Ronald Reagan

The following interview «How the left became illiberal — Liel Leibovitz on a New Coalition of the Politically Homeless» of Liel Leibovitz (on American Thought Leaders/Epoch Times) is interesting to listen to — esp. given his constructive take on finding a new coalition and build stuff. I also liked his description of this leave being … slow, incremental. You notice a few instances. It’s not the taking of a pill, more a slow development in another, freer direction.

You find it as podcast in Apple Podcasts, but also in other places (e.g., podchaser, audacy if only outside the EU so use a proxy if needed). 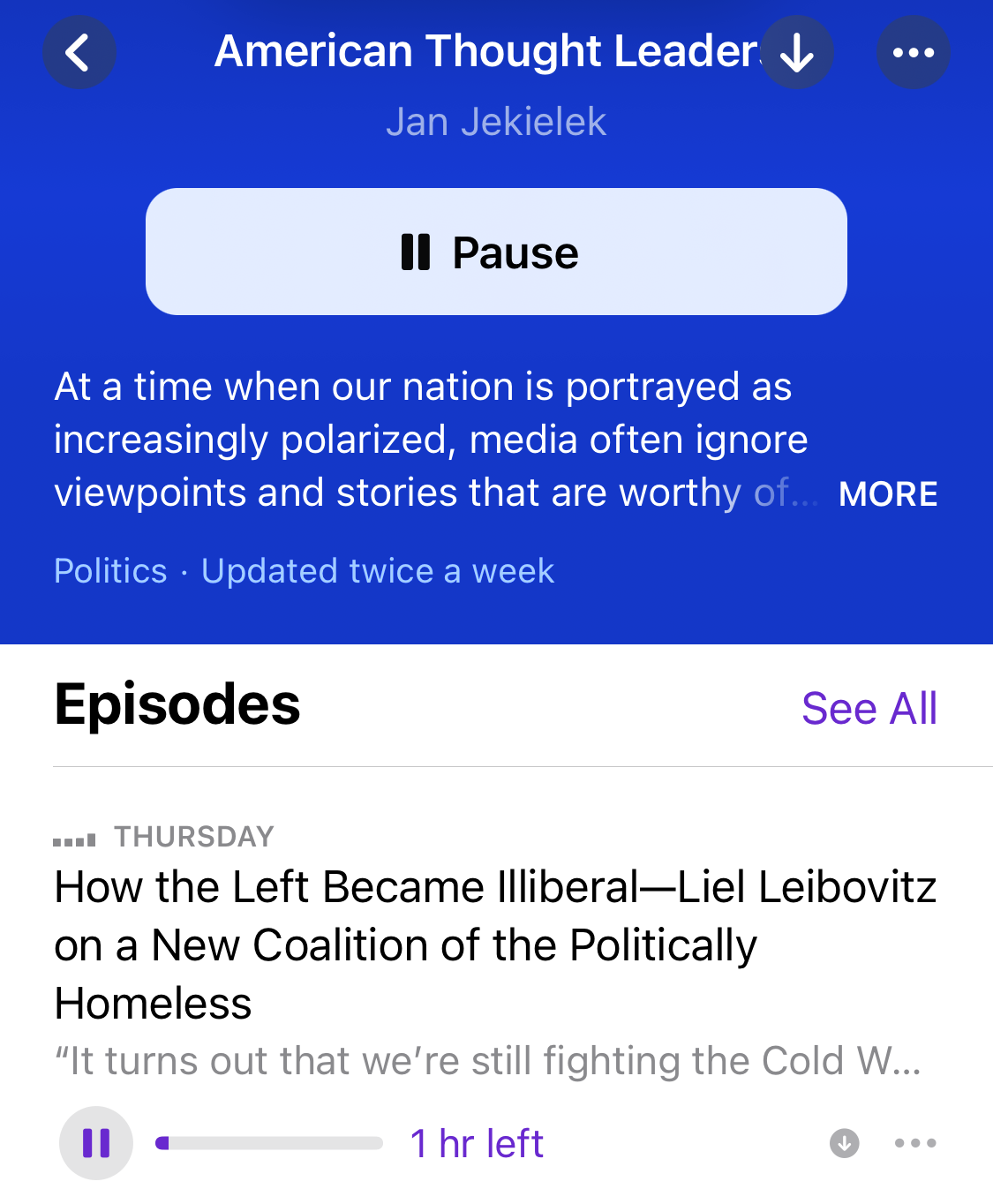 The essay that was mentioned should be this one: «The Turn — When I saw the left give up everything I believe in, I changed politically. You can, too. on Tablet Magazine».