«Using a Mac is like trying to shave with a bowling pin whilst using a PC is like juggling with razors.»
Unknown

MacOS makes a lot of things easy, but some things are surprisingly hard. One of them is recording Audio/Video, e.g., of a video you seen in your browser.

One way I found (via Google) works this way:

2. Open Audio MIDI Setup and create (via the + icon in the lower left corner) a new Multi-Output Device, selecting your default sound output and iShowU Audio Capture (this will allow you to listen to what you record). (I did call it “OBS Audio Capture” as I wanted to use it for OBS originally.) 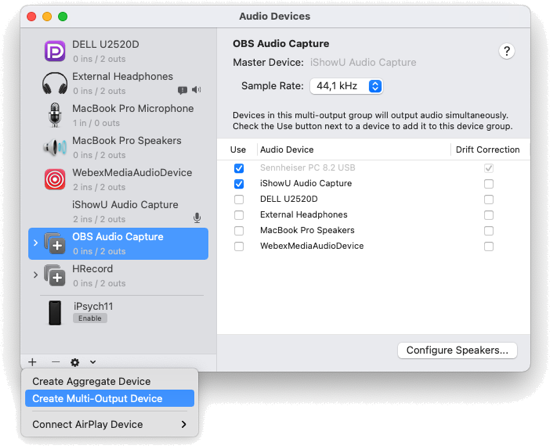 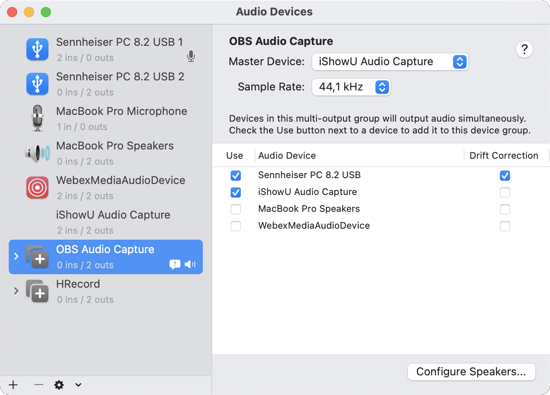 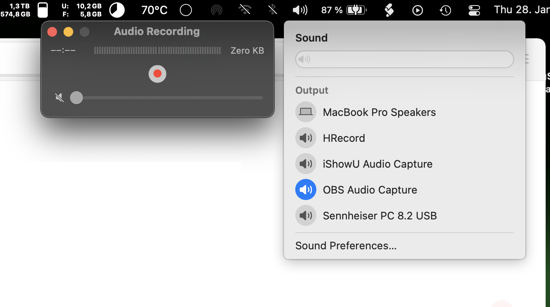 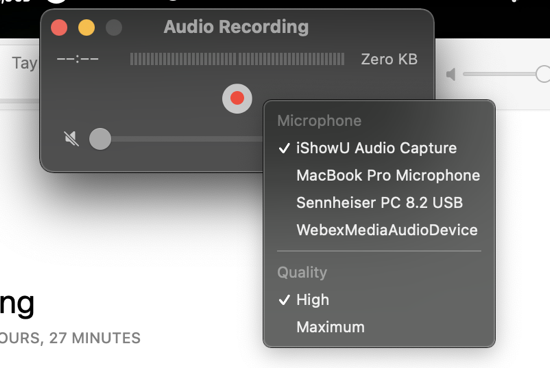 Very useful if you want to keep something you find interesting.

BTW, if you record audio and use maximum quality, the .aifc-format can be played with Apple’s Music app. If you select the file in the Music App and select File > Convert > Create AAC Version you get something that is easier to play, or to convert into, e.g., mp3.