Matters of religion should never be matters of controversy. We neither argue with a lover about his taste, nor condemn him, if we are just, for knowing so human a passion.
«The Life of Reason: Reason in Religion» by George Santayana, 1906

There are a few biases humans have, and one of them in the confirmation bias: “a greater focus on evidence apparently confirming one’s hypothesis than on disconfirming evidence” (Baron, Byrne, & Branscombe, 2006).

And that is a problem, especially when you try to understand the user group, the traget audience, in a human-centered design process. Because more often than not, you will have an initial idea — because you are smart and creative — and that will overshadow (or “outshine”) the analysis: 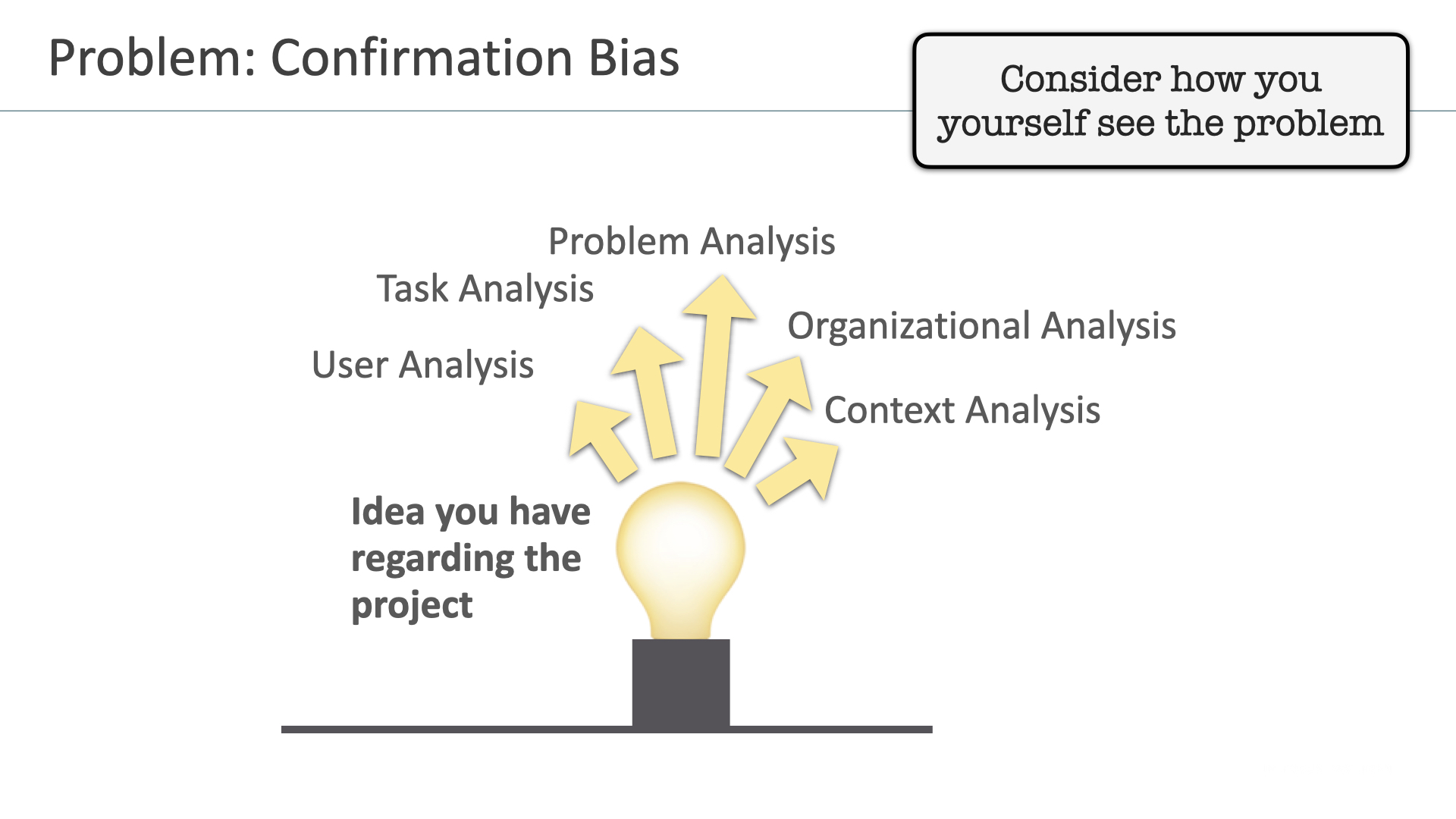 Your idea will guide you in which questions to ask which people — and you will find what you are looking for. You are just that smart, but unfortunately, not smarter.

Because if you really want to develop something new and useful, you have to use these analyses. You have to get that information to stimulate your creative juices. They have to provide energy to your idea generation process: 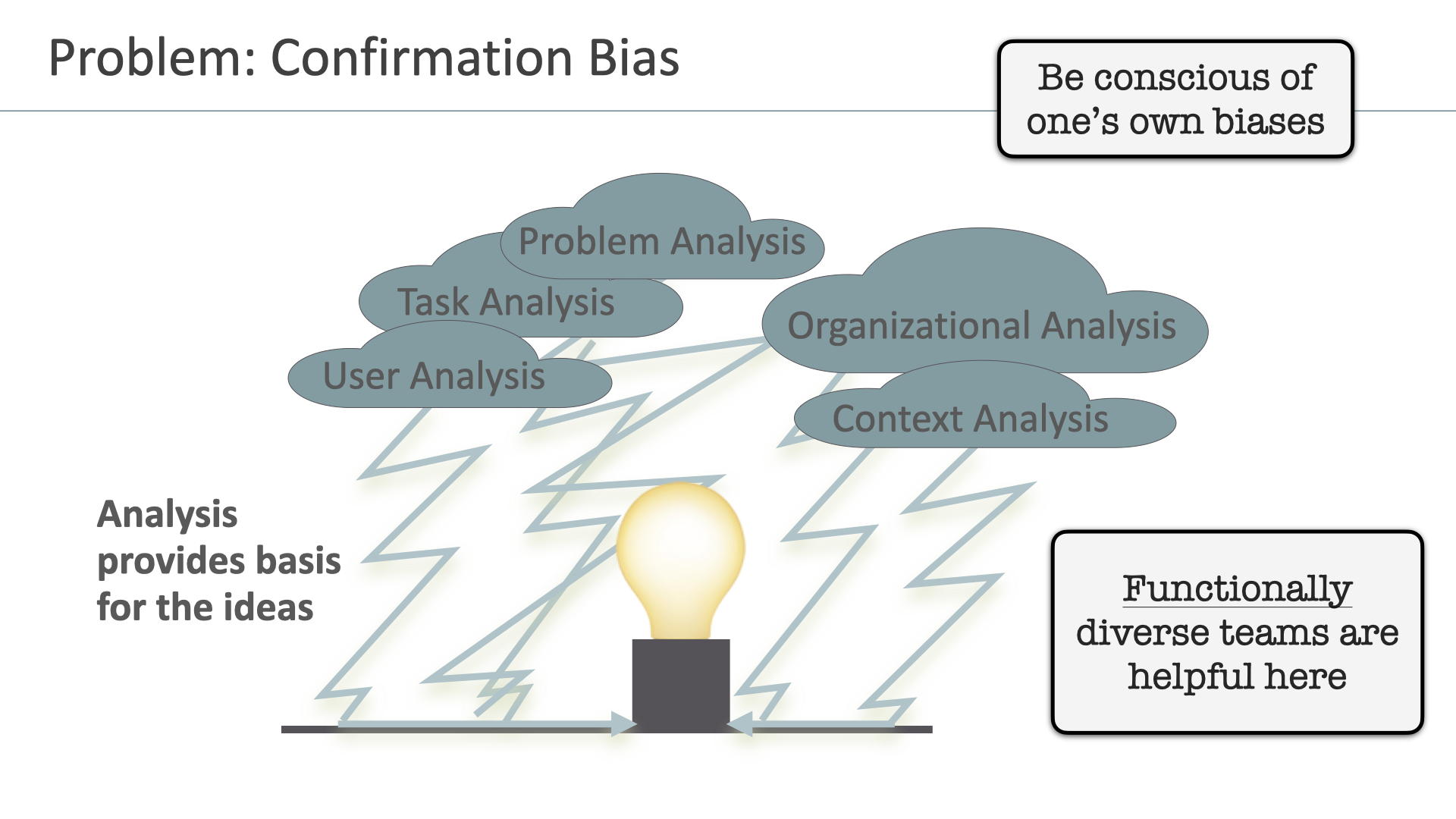 and lots of energy, to really get a light-bulb moment to outshine these analysis. To find something the users actually need, not just something they want: 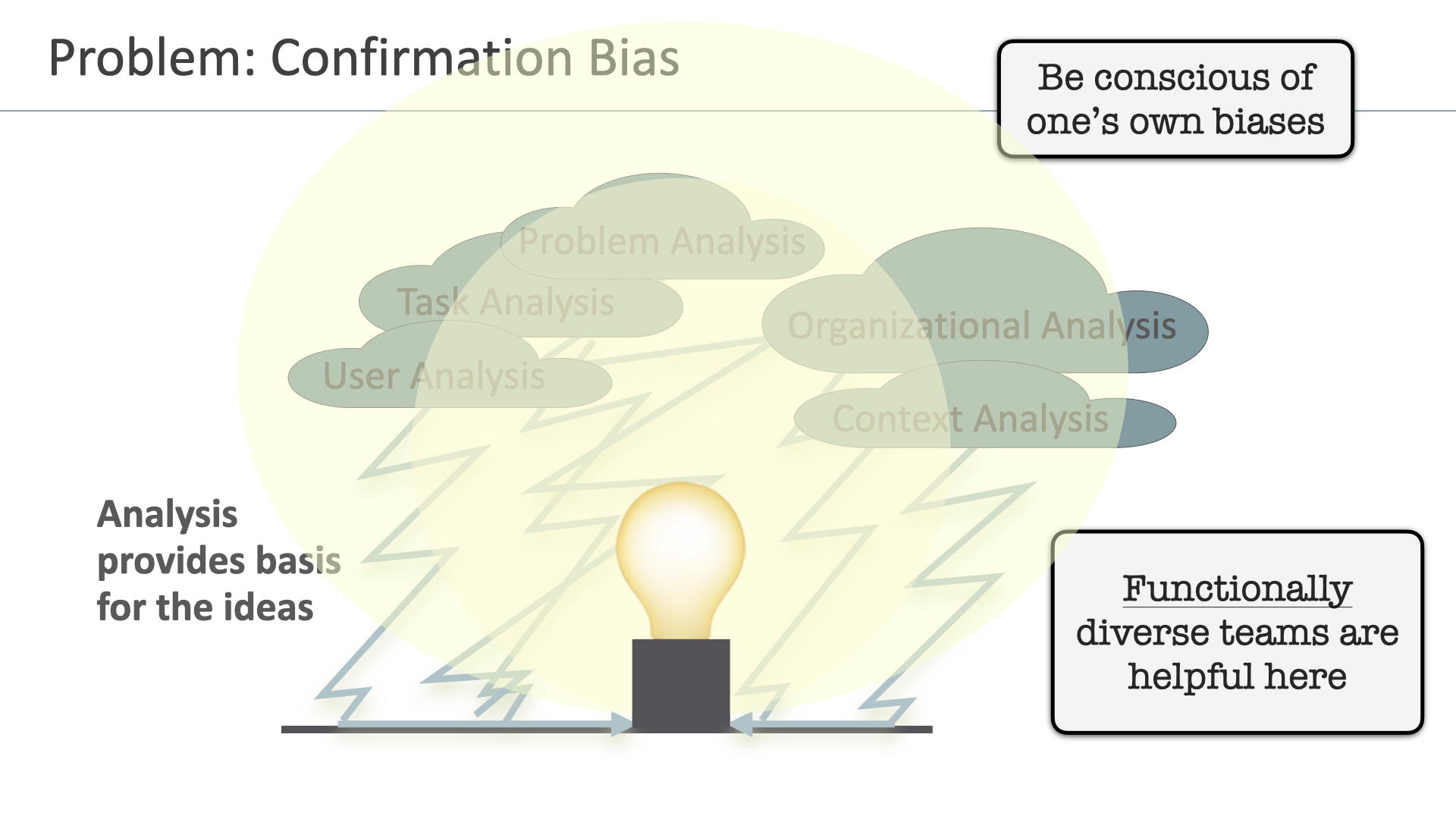 And for me, that’s what the creative process is all about. Find something new and useful to make life less sucky.

That’s rare enough, and helpful enough. But you have to keep your initial impulse in check.

Or to put it differently (and that’s something really … appropriate for those “Freedays for Future” people: First understand the world, then change it.