One of the strange new features of the 2016 MacBook Pro (13 inch) is the Control Strip. Instead of function keys, you have a row-like interactive display.

Frankly, I wasn’t impressed, but given that I buy a notebook once every few years and go for top-of-the-line products, I had no choice but to pay extra for it. (Poor me, I know, but I work a lot on the computer. It makes sense to invest heavily here.)

Now, having worked with the MacBook Pro for a few days … yeah, I see its uses. There are some interactions a control strip makes quicker and easier — once you get used to it. And yeah, it will still take some habit changing.

For example, selecting a specific week in Calendar: 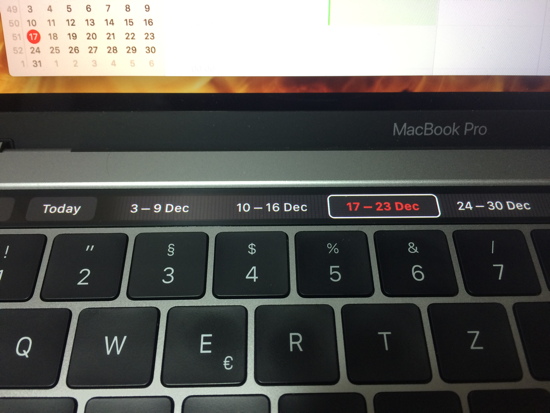 or simply emptying the trash: 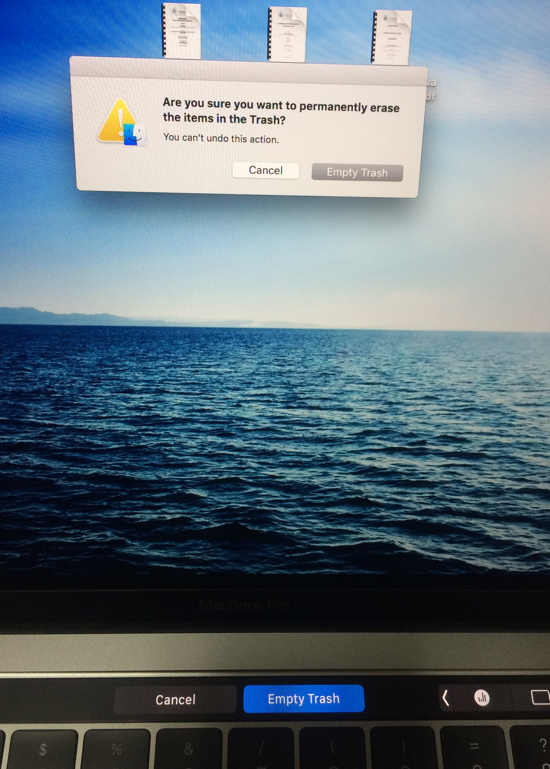 The save file menu offers similar options (“Save”, “Cancel”, and also “New Folder”). Instead of using the mouse you can select the answer quite quickly. Or in Keynote — during the presentation you see very small images of your current slide and the ones prior and after it. Love it.

Of course, some options are … unfortunate. For example, when writing a mail in Apple’s Mail software: 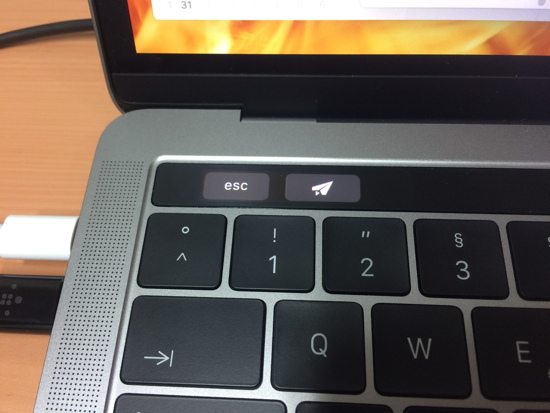 Really, the “Escape” key next to the “Send” Button? Hello recipe for disaster.

But overall, yeah, I like it. I used the System Preferences > Keyboard > Keyboard > Customize Control Strip setting to put Volume Control, Pause, and Screensaver (= basic password protection) on the right side of the Control Strip. I hope there will be more options to configure it in the future.

And talking about the future — looking at how the control strip behaves … I get the nagging feeling that Apple just made the first tentative steps into an LCARS like future. You know, the interface of the Star Trek TNG and DS9 series.

Well, time will tell, and yeah, it does have potential.

P.S.: With the LCARS reference, I don’t mean that now we have touch interfaces. We had them all along. I mean they have to provide users with the relevant commands. Meaning the system has to anticipate which buttons to display. There is lots of potential (and danger, see quote in the beginning) in this kind of solution.