“Rain is only a problem if you don’t want to get wet.”
Old Samurai Saying in “Sin City: Sex and Violence”

When I had a genuine shower, I tied a notepad and a pen on the shower curtain to jot down ideas when showering. It really worked well — I would go into the shower, close the plastic doors, and shower. And when I had an idea, I just wrote it down. After the shower, I would tear off the pages and throw them above the shower doors to collect them after I had dried myself.

But now I have a bathtub with a shower curtain and somehow that does not work as well. I love the bathtub though and I had quite some fun in it. And there are some moments I really enjoyed … or rather some people. But anyway, while jotting down ideas in a bathtub (either on a notepad or on the notes app of my iPhone) work really well, somehow jotting down ideas while showering is not the same.

So instead of tying another notepad to the shower curtain, I tried something different.

Getting ideas in the shower is not that rare, and so it’s no wonder that there are companies offering products for exactly this situation. One of these companies is Aquanotes who offer waterproof notepad just for this situation. 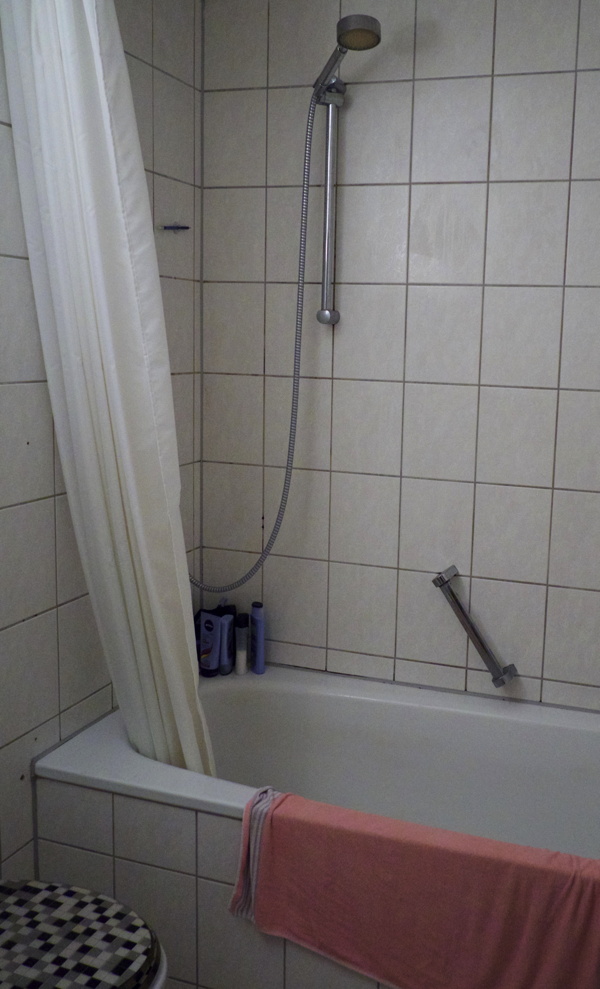 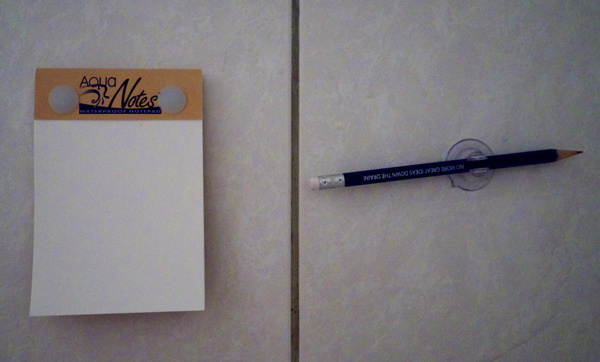 I’m a little skeptical of the suction cups (somehow, these things never work for me for long), but the idea of paper inside the shower resistant to water seems very attractive. And if the suction cups work, I’ll probably use normal paper afterwards and just reused the suction cups. If not, well, duct tape, or double sided adhesive tape might just do the trick.

In any case, think about capturing idea in the shower. Whether it’s a standard notepad with spiral bindings with a pen (that is not that influenced by water, e.g., a soft pencil or the like) tied to the shower curtain, or one of these water resistant ones.

Even if you think you remember your ideas afterwards, try out what happens when you cherish your ideas and jot them down.