But yeah, they have their uses. And many of the older games are available rather cheap. For example, you can find a lot of them at the software library of the Internet Archive. And then there is GOG.com. It’s an interesting site that offers a lot of the classic games both for Windows and Mac, and sometimes even for Linux. And that includes classics like “Martian Dreams” or other parts of the Ultima series, “Planescape: Torment” or even great strategy games like “Sid Meier’s Alpha Centauri“. 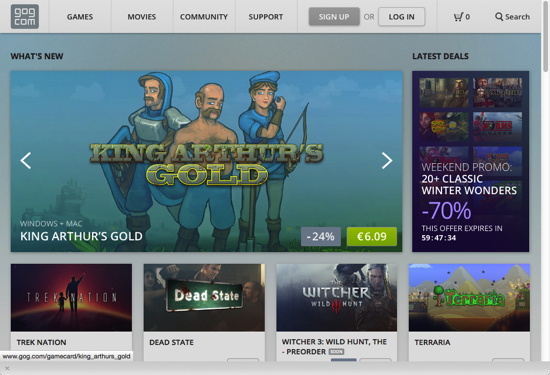 If you have missed the beginnings of computer games, or want to re-experience that time … have a look at gog.com.

Just make sure that this is really the way you want to spend your time.