I’m a little pensive recently, one of the advantages of having spend a few days on vacation. While visiting the Laboe Naval Memorial, I couldn’t help but notice that when you make it to the top of the memorial: 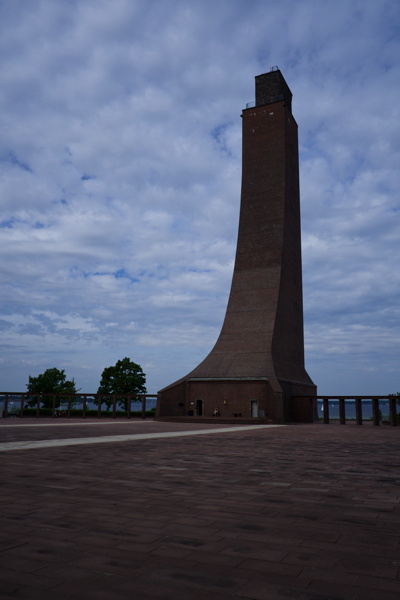 you are placed in this cage: 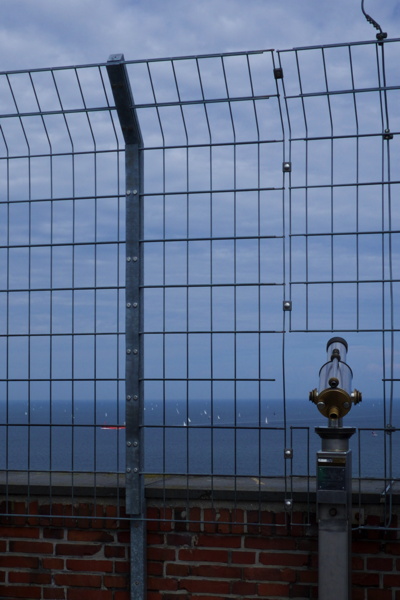 I mean, you have still this beautiful view: 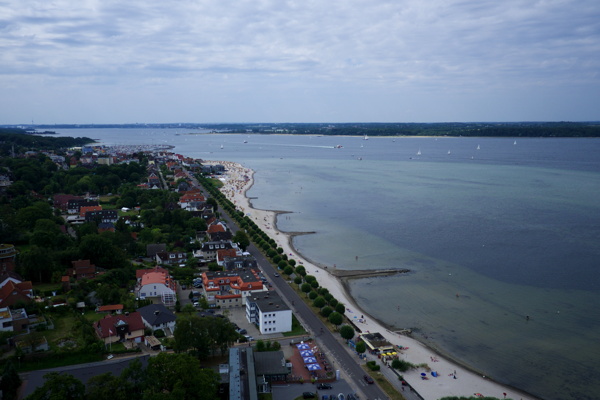 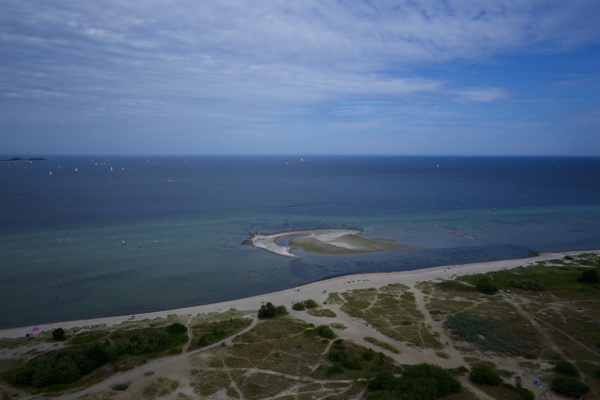 and these low-tech indicators: 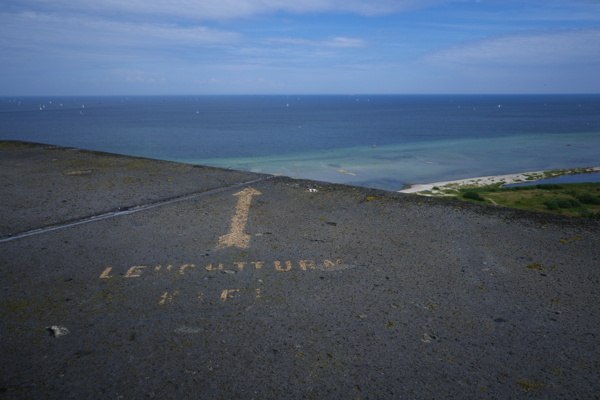 (here showing the direction of the nearest lighthouse) Love them. 🙂

But why this cage?

I mean sure, it’s because people might “accidentally” fall over … a wall that is higher than any waist. Or they might commit suicide … as if there were no other ways to do so. For example, I can’t help but notice that the interior staircase does not have such protections: 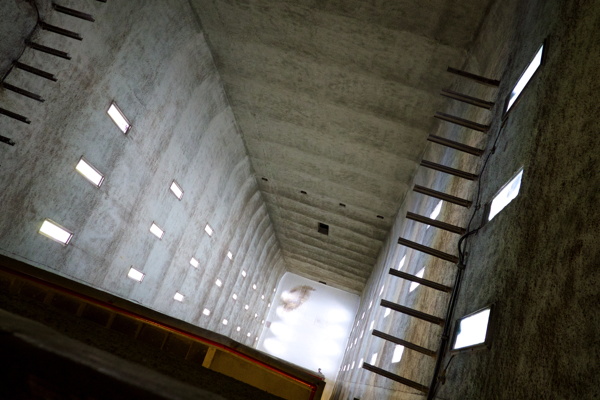 It’s still the same height, just on the inside. It’s also higher than the 8th floor, which — as a rule of thumb — means the chances of surviving such a fall aren’t that good. (Note: If you are considering suicide, have a look at this TED talk first, or this one.)

So why cater to the lowest common denominator? Can’t we simply say that parents have to take responsibility for their children, and they themselves have to refrain from doing something stupid? Can’t we just trust human beings to not do the obvious stupid thing, like climb over the wall, or dance on it?

I’m all for safety, esp. at work. But frankly, I wonder whether we are not jailing ourselves, putting safety over living.

P.S.: The quotation does, and part of this posting could be interpreted as, arguing for (Social) Darwinism. But personally, I think removing some of these “fool proof” barriers wouldn’t even make a dent into the gene pool. I have more faith in human resilience than that.