You can go wrong by being too skeptical as readily as by being too trusting.
Excerpt from the Notebooks of Lazarus Long in “Time Enough For Love” by Robert A. Heinlein

I’m a huge fan of Circus Ponies Notebook. I use it for writing by creating Content Outlines, and for dealing with literature by creating Topic Notebooks.

However, Circus Ponies Notebook has one really ugly and utterly devastating bug. In rare cases, it corrupts the data on a notebook page. While bad enough, it does not indicate that the data is corrupted until you try to display this page.

I think it might occur when the file is closed before the data is completely saved. It would explain why putting Circus Ponies Notebook files in DEVONthink apparently made this bug occur more often (I’m guessing DEVONthink does some indexing on the saved file). However, I recently encountered this bug when the file was stored in a normal folder. 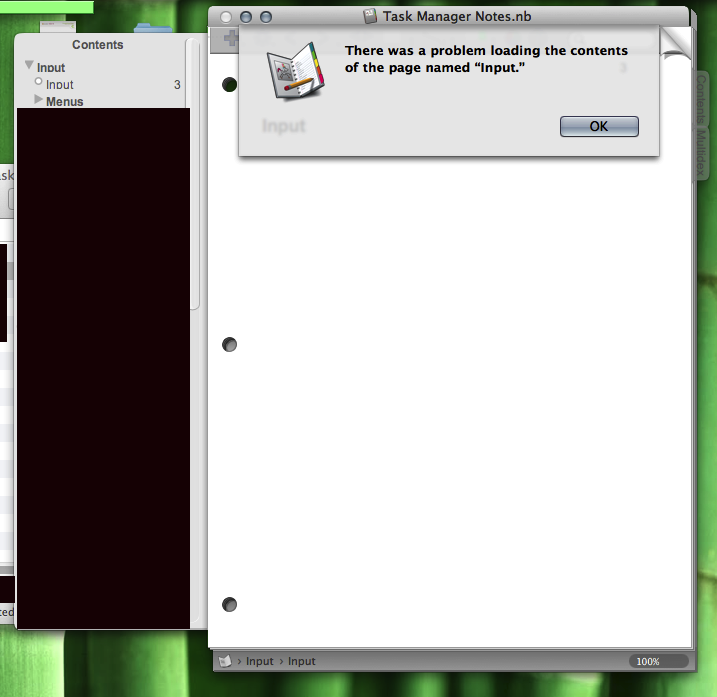 On the other hand, given that I had just copied a lot of text and images into the notebook and quickly saved and closed it, it might have again lead to that bug. (Yeah, I really love that piece of software — and I defend it despite a bug of this magnitude. But at the same time, I am beginning to mistrust it. And yup, that’s why you should keep prior backups and not overwrite them.)

Important: There is a much cheaper update from Circus Ponies Notebook 3 available via the website. Don’t use the Apple App Store to buy 4 if you already have a 3 license!

I hope that this version does not show that dreadful bug. I would really hope so, after all, it’s (with Scrivener, InDesign, and TextWrangler) the best program I know. I’m keep making backups and hope for the best.

BTW, a 30 day trial version is available at the developer site. Try out the outliner pages in the notebook — it’s impressive what you can do with them.

Post Navigation
next older posting: Scrivener and Paragraph/Character Styles in Microsoft Word (with a focus on Footnotes)
next newer posting: With self-reflection, take small doses only.