«So, how are things back home?»
«They change, they stay the same. Russia is Russia. Your father used to say: ‘If regret could be harvested, Russia would be the world’s fruit-basket.’»
Ivanova and Rabbi Yossel Koslov in Babylon 5: «TKO»

Look, I’m not a fan to Putin. How could I? I do not like the KGB, I’ve seen way too many James Bond movies. But seriously, invading Ukraine was the logical thing to do — if you are manipulated by a foreign power.

And yeah, that’s how I imagine the world looks for Putin. And BTW, if you think everyday people should not have an opinion on these matters, why the … did you teach history in school. I mean, yeah, everyday people might be wrong, but unless you want to drive a centrally planned opinion, do give us some credit. And yeah, I do think that Putin felt being against a wall. Just look at this map: 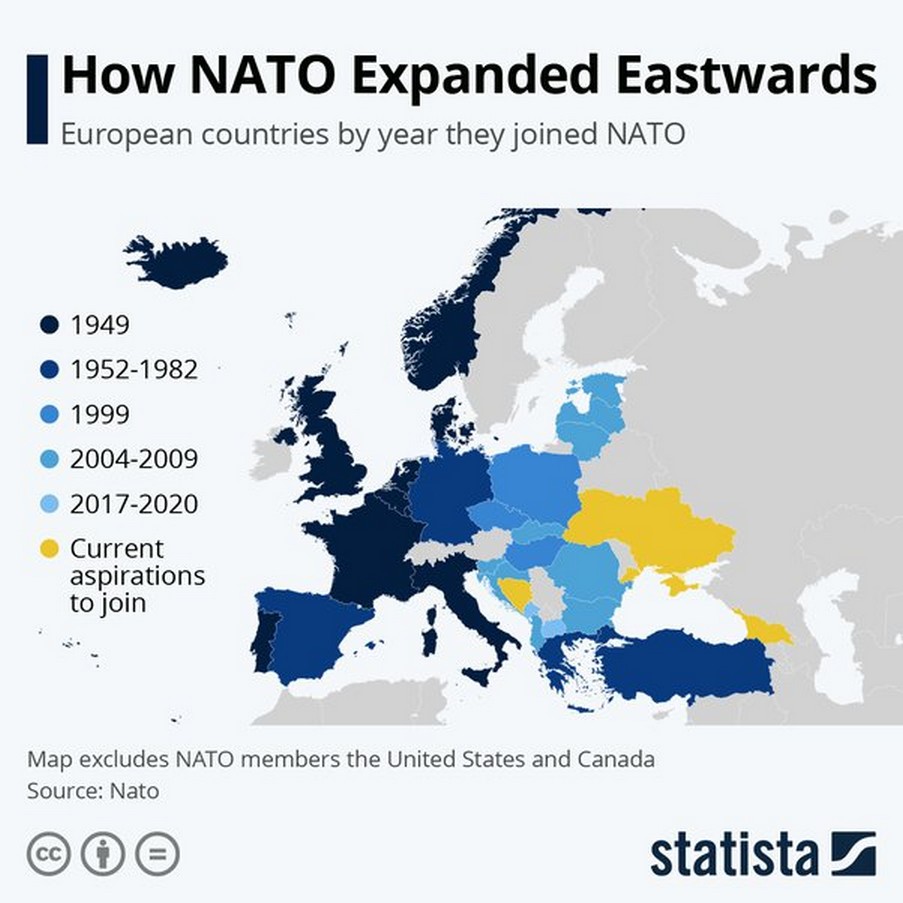 And now just imagine, just imagine, e.g., if you were the USA. And you found out that Mexico joint the Chinese Union. Yeah, it does not exist, but just walk with me for a moment. Just imagine the so-called Citizens Republic of China did control Mexico, and they put up a few of their troops in Mexico. Would you be concerned? I bet you would.

And without excusing Putin, that’s how Russia felt.

And yeah, I think it’s really tragic, because frankly, the Russian people do have some unique strengths. Some aspects they could contribute to improve human nature. But instead, they invaded the Ukraine. And given President Biden and Vice President Harris, and the politicians we have in Germany (sorry, as a German citizen, who did’t vote for them, I still feel the need to say those fuck-ups aren’t representative of Germany), it might very well lead to a fatal mistake. I wasn’t that much concerned about a nuclear war when America and the former UdSSR were strong. But I am concerned now.

Mistakes do happen in the end, when attention goes down, and … not-the-very-best-people are in charge.

And yeah, I don’t know a way out either. The overall quality is just too low.