«All the protein, vitamins and carbs of your grandma’s best turkey dinner — plus 15% alcohol.»
Jayne Cobb, The Hero of Canton, in «Firefly»

A while ago I mentioned the «Mudder’s Milk» recipe from «The Geeky Chef Cook Book». In the meantime, I’ve played around with the recipe and arrived at an adapted version:

The whole drink contains about 907,26 kcal and together with the caffeine — let’s just say it makes for one a very unhealthy energy drink. So I don’t recommend it.

Given the vitamins (come from pills), even mixing it looks … not very healthy (one of the first trials, later I added the ice directly to the flask after mixing the other ingredients): 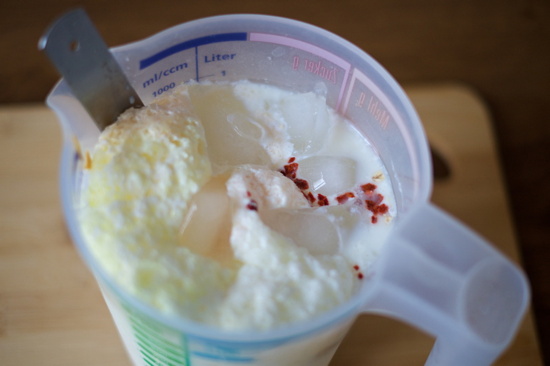 For me personally though — it’s nice to have a liquid meal you can drink during the workday. Keeps until about 4 pm (you can’t really take more than a sip or two). And then there’s the charm of decorating the thermos (after all, the drink does contain ice): 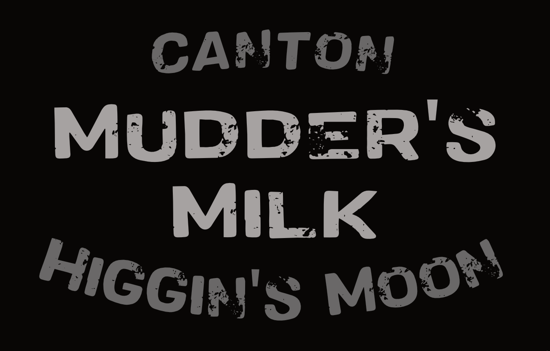 So, yeah, perhaps practical but so not recommended.