Apples have been a problem ever since Eden.
Unknown

Doing a clean install of a new OS version is a nice way of getting rid of stuff that wears your OS (and you) down, but you have to customize the system according to your liking again. Even worse if the new OS comes with new features that make it hard to get to previous efficiency levels again.

Here are a few annoyances of OS X Mavericks and what you can do to alleviate them. Given that I skipped at least one OS X version, some might have already been present in earlier versions.

Problem: Mavericks comes with a ‘nice’ feature called “App Nap”. The OS slows down apps that are currently not used, e.g., because its window is not visible. It might sound like a nice idea to conserve battery life, but I assume that it also makes switching between Apps less “snappy”. Perhaps it’s because I use Spaces and usually switch between a couple of apps quickly, but the App Nap bugs me. If I want to conserve battery power (e.g., when relying solely on the battery), I quit the app.

Solution: Click on the Applications you frequently use and select “Get Info” (via right-click). Then check “Prevent App Nap”. I’ve activated this option for most apps I frequently use. Note that some apps do not support App Nap (yet), so there’s nothing to prevent. 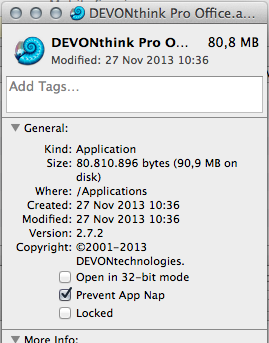 Apple (and Who-Knows-Who) Listens to Your Dictations

Problem: Per default, the dictation feature transmits your voice to Apple. Given the recent NSA ‘discoveries’, you are essentially letting them read what you dictate as well. Note: I don’t use dictation — writing what I think is bad enough, I don’t need to speak it.

Solution: You can download the necessary software to do the voice recognition on your computer. This not only allows offline usage, but should give you a bit more privacy. Unless there’s a backdoor, which seems likely. 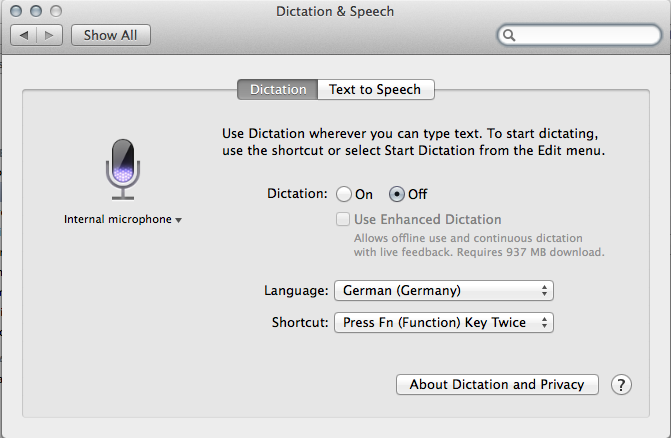 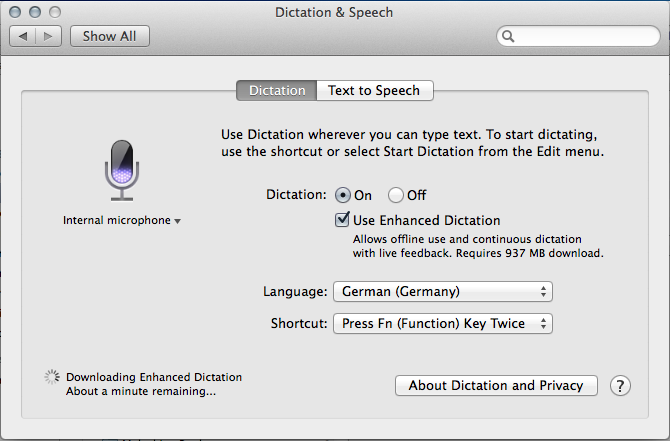 Image Capture Opens Every Time You Connect a Device

Problem: The second you connect a device, “Image Capture” opens and offers to import your photos. While Image Capture is a nice way to import photos, the automatic opening is really annoying.

Solution: Unfortunately, you cannot disable this behavior in OS X’s System Preferences like you would disable automatic actions when you insert CDs or DVDs. To prevent Image Capture from opening, you have to disable it in the Image Capture Application itself. Click on the small arrow icon in the lower left corner — then you can not only tell it to do nothing, but also to delete photos after importing them.

Words are Underlined When They are British or US English

Solution: Go to the System Preferences, Keyboard, then the Text tab. Select the Spelling Drop-Down menu and select “Set Up”. Ensure that U.S. English and British English are both selected. 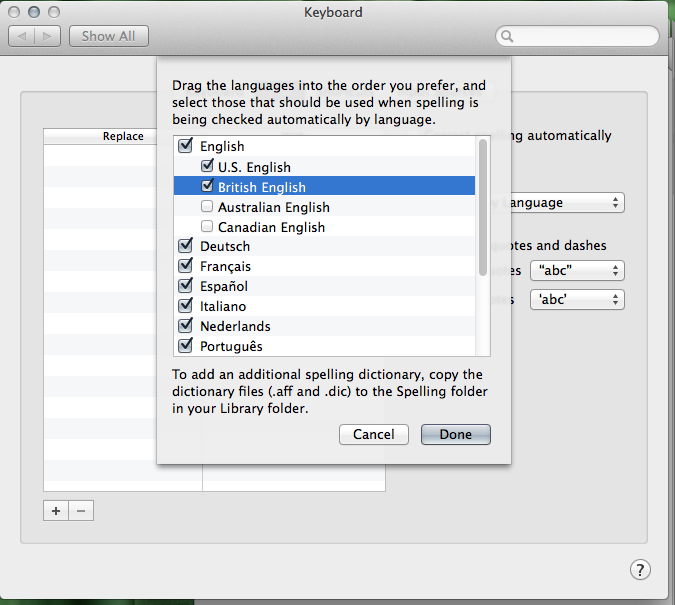 These are only a few of the settings you can tweak in order to make working with the computer a bit more comfortable and less annoying. It usually pays to go through the System Preferences one by one. Just remember or write down what you change in order to recreate this system when you have to reinstall your OS.

And as with any recommendations — no warranty in case something goes wrong.