Of course, you need an iPad to use it fully (an iPhone simply hasn’t the space needed — I only use it to make simple sketches if I don’t have a notepad with me) and it’s well worth a look if you like to draw electronically or just like to draw and like to try out a few things. Autodesk also offers an Mac OS X version (Autodesk SketchBook Express (free) or Autodesk SketchBook Pro (about 45 Euro)), so if you own a graphic tablet, this might just be right for you.

BTW, if you want to draw on an iPhone or iPad, normal pens don’t work but there are pens with which you can draw on iOS devices — pogo sketch pens, for example. The accuracy is often difficult as the tip is rather large, but it might just work for you.

Of course, these Apps could be used well to train drawing — I have written an Ark of Ideas posting regarding a drawing class app. Hmm, and I wonder when the first street artists will sit around with their iPads and offer drawings to passerby’s … straight per eMail … would be a nice deal to get a personal drawing for a profile picture in Facebook or Twitter by a streetartist, directly in digital as bitmap image or vector graphics … and it’s an interesting time when there are no originals anymore … hmm, stuff for another posting.

Of course, an App cannot replace skill, and as you can see from the final example image, this is all I can achieve with Autodesk SketchBook Mobile — still, it’s fun 🙂 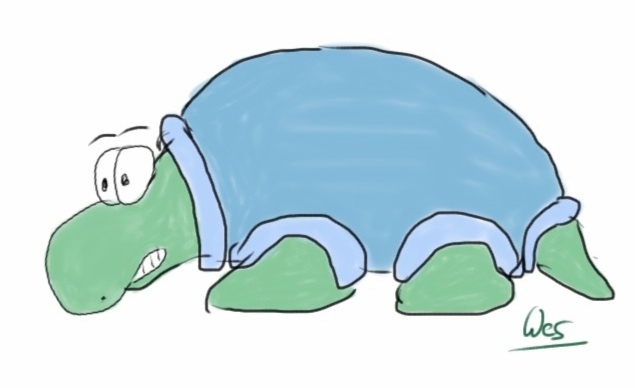