There is a beautiful but deeply sad scene in “The Vampire Lestat” where Nicholas tries to learn to play the violin. Sad, because he started so late in his life with it, he can never achieve the dexterity necessary to play it well. That is, until he is bitten by Lestat and is turned into a vampire.

Sometimes all that is needed is a change in the medium itself — and not in the person who is trying to perform that work of art.

I found this out accidentally when I played around with Scrivener and stumbled over the “Scriptwriting” Mode (in the “Text” menu). It gives you a document where the Enter key and the Tab key trigger different formatting as needed for script writing. It takes a few moments of getting used to it, but with the explanation in the footer bar, which describes the current formatting and the types of formatting triggered by either Tab or Enter (e.g., Scene Heading, Action, Character, Parenthetical, Dialogue, Transition, Shot, General Text, and General Text (Centered)) you can get quickly into writing this way. 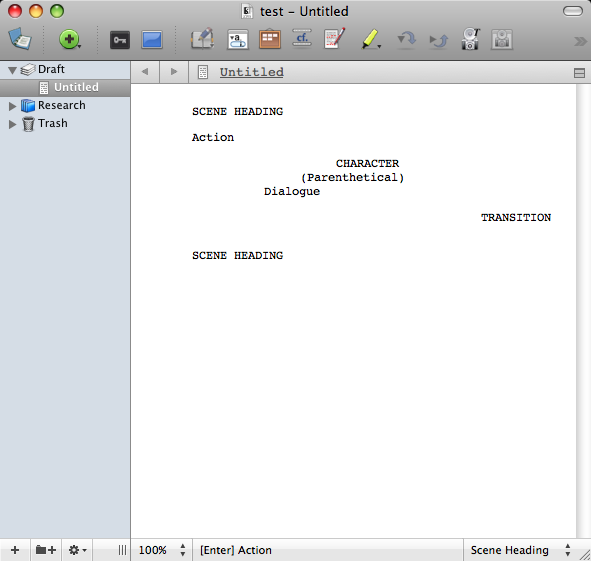 So, instead of being cursed to have stories in my mind I cannot tell, I jot them down as scripts and not as short stories or novels. Perhaps I turn them into short stories or novels one day. The good thing about these scripts is that they perfectly capture the movie I saw in my head. But perhaps not. But it is better than just letting them vanish into nothing and never having even the tiniest chance to realize them.

After all, few people are happy enough to be bitten by friend, gaining the skill in an instant, and then happily slaughtering an audience of gypsies as refreshment after the first act. 😉