The remarkable thing about Shakespeare is that he really is very good, in spite of all the people who say he is very good.
Robert Graves

I store my files within DEVONthink on my Mac. The professional version allows you to create multiple databases, which is really nice to have separate «spaces» for your files. Given that I use my personal computer for work, there are files I just do not want to be mixed up with my work files. So, using the databases essentially as separate Finder structures works really well for me. The work database contains all work files and when I search in it I just get my work files, and nothing that would be unprofessional in a professional setting.

The only downside so far was that the mobile version — DEVONthink To Go just did not work out for me. It required WLAN for syncing, the sync was slow and sometimes broke down, which is really annoying when you are working with thousands of files.

But recently I tried out DEVONthink To Go again and … waow, they did some nice improvements.

I’m still trying it out (started a few days ago), so there are lots of things I do not know.

But hey, setting up DEVONthink To Go with Bonjour allows me to sync my files via an USB cable (I think that did it). No more transfer of … personal files via WLAN. Yes, there are advantages for wireless sync, and you can even use Dropbox and the like, but I really prefer to have more control over the syncing. And now, DEVONthink allows for this control. Yeah. 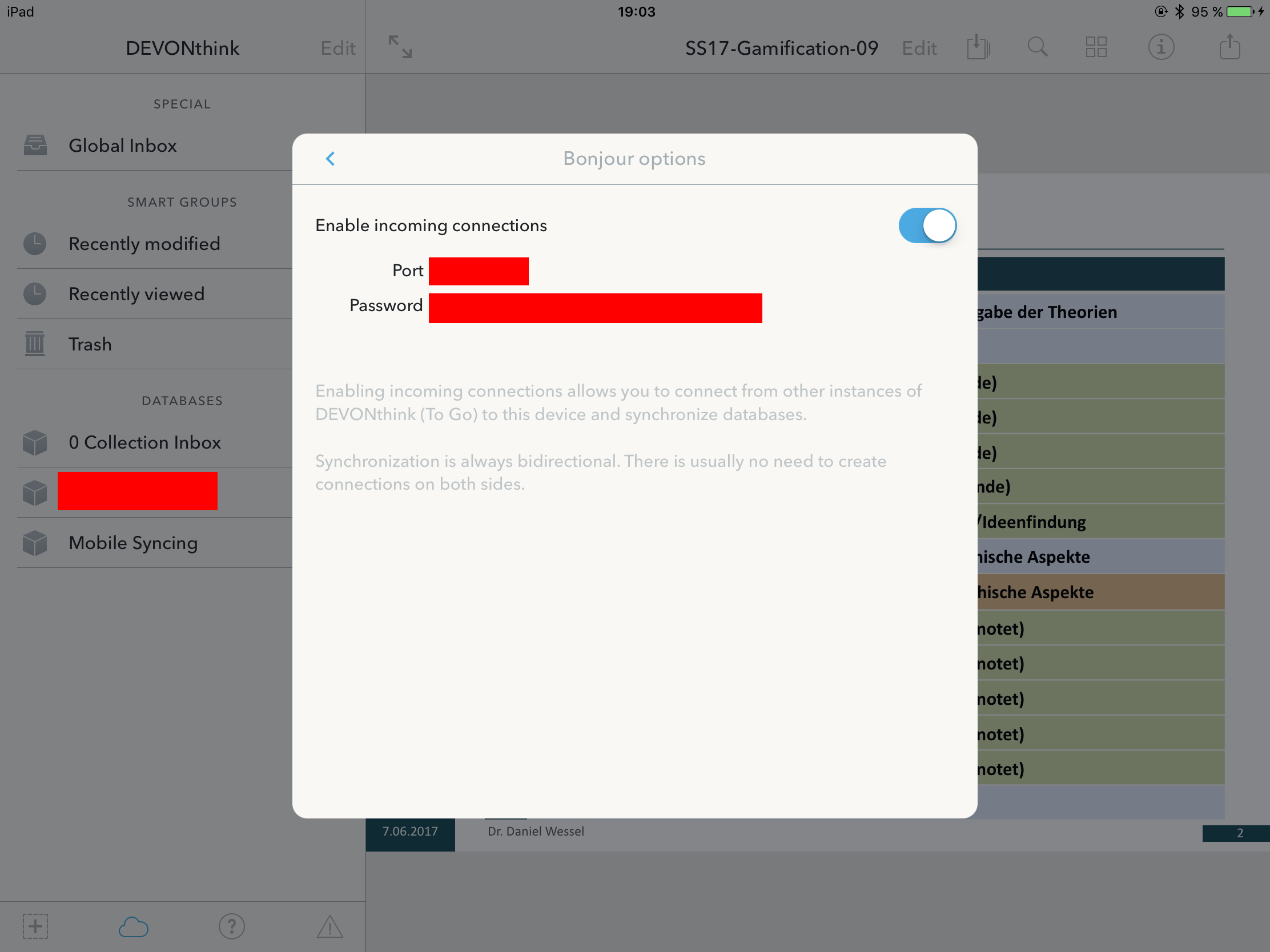 Setting up sync on the iPad. 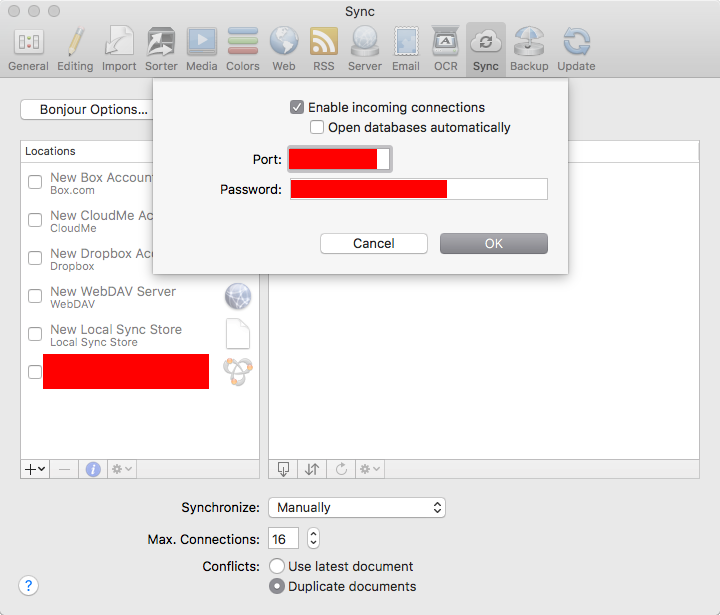 Setting up sync on the Mac — just use the same settings on both devices.

Only downside so far — it syncs the whole database. I was quite annoyed that it took so long when I was first syncing my databases. After all, there were only a couple of hundred MBs in my Mobile Sync groups. Then I noticed that it did not use the Mobile Sync groups, it did sync the whole databases (which was in the GB range). So far, I haven’t found out how to restrict syncing to specific groups, but that’s fine for now. It does make sense to have all my work files on my iPad. And I do use a separate database for specific information I want to have with me all the time.

But still, even trying out the app, yeah, that’s what I have missed from DEVONthink for a long time. It took them ages, but now it seems DEVONthink To Go is ready for everyday use.

Post Navigation
next older posting: Mundane Tasks — Perl to the Rescue Part 2
next newer posting: Reading digitally with the iPad Pro, the Apple Pencil, GoodReader and the Apple Notes App

9 Comments on Hey, DEVONthink To Go is actually quite good now