“I say we take off and nuke the entire site from orbit. That’s the only way to be sure.”
Ellen Ripley in “Aliens”

When you do a presentation with your iPhone, you might have a problem if you are used to remotes. In contrast to using a MacBook, the iPhone does not come with a remote. There are apps that allow you to use your iPhone as a remote, but the iPhone itself doesn’t have one. Perhaps the iWatch might be used this way, and it might even work well if you hold it in your hand (touching the wrist might seem strange).

But hey, there are third party remotes. One of those is AirTurn DIGIT II. It can be paired with an iPhone and control Keynote and other apps (incl. GoodReader). It costs about $40 and is available on Amazon or on their site (keep the local taxes in mind!). 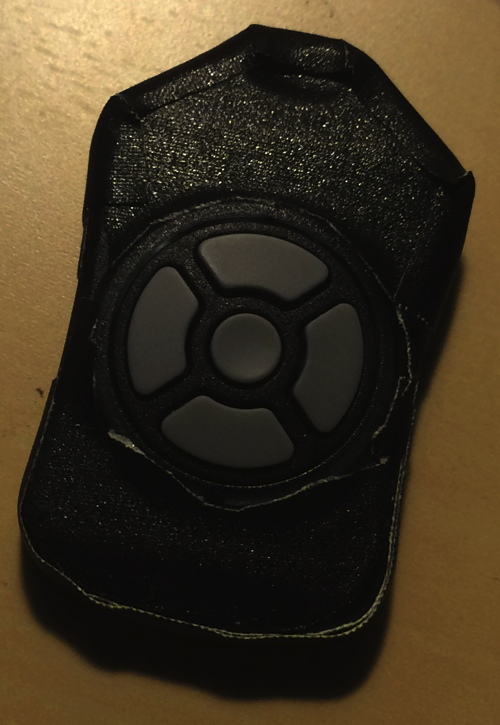 here with a size comparison: 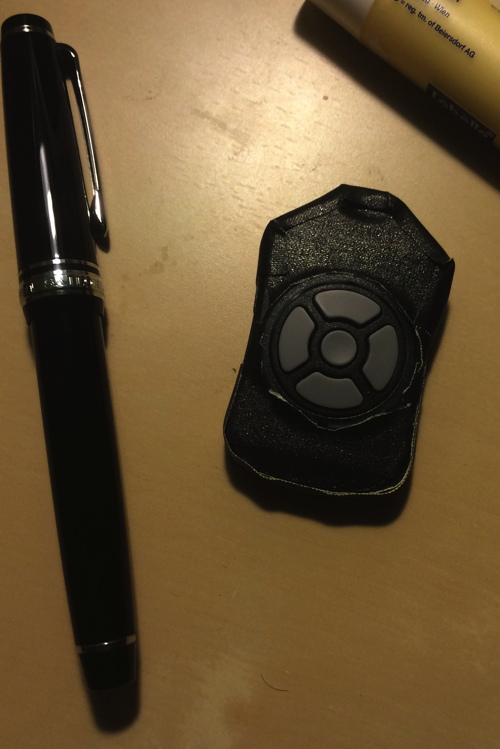 or to use an image from the manual, like this: 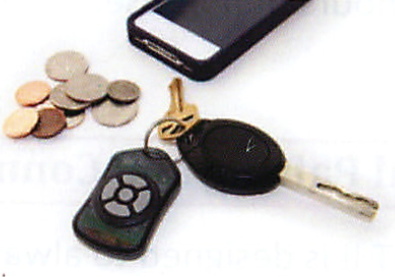 Image from the user manual.

The amount of tape on my remote points to the first problem with the remote: It’s actually a flashlight.

I mean, seriously, it uses two kinds of LEDs, an orange one and a blue one. The orange one is rarely on. The blue one pulsates when there’s a connection and the rhythm of the flashes shows the mode the remote is in.

Seen from the side, where at that time I did not have duct tape. Without the tape, it’s much, much brighter.

I originally bought the remote to read in bed. Having the iPad with a book above me on a monitor arm, I needed a way to effortlessly turn the pages. Yep, a first world problem at its finest. But try doing that with a blue LED that lights up your bedroom. You can put your hand below the sheets, but that only works when you use sheets. Or you can put on a lot of duct tape.

Also, getting the remote to actually advance the slides isn’t that easy. You actually have to read the manual. It will tell you to put the remote into mode 4 (when off, hold down button 4, the down arrow) and press the center button to turn it on. On the iPad, pair the remote with the iPad (via Bluetooth), then Settings => General => Accessibility => use the Shortcut (last entry on the page) to set up Triple-Click Home to VoiceOver. Then go to Keynote, press the Home Button 3 times (quickly, to start Voice Over), then press the Center button to turn off the voice. This allows you to advance the slides. And if you need to push virtual buttons, you have to tap twice until you triple-click the Home button again. Not exactly easy.

For GoodReader, you have to select the right mode (2) and put GoodReader in a specific display mode.

But then it works, and rather well. The remote is small and easily concealable in your hand during a presentation. Also, the remote has built-in batteries and comes with an USB charger cable. Nice.

But the repeated flashing … I mean, good grief, who ever had that idea? I get the idea that it was made for musicians who need to know when the remote stops working, but seriously, one signal when the battery power lasts less than about 3 hours would be better. Or a constant NON-BLUE LED. And anything but flashes!

Still, I like it (for the moment). But if you know about other remotes, I’d love to hear about them.