When it comes to keeping a door shut, or more positively, to indicate whether you are available or not, there is nothing as practical as a sign on the door. And there are a lot of ways to signal whether you are currently available, or not, or even whether you are in your office or not. From Post-Its to fixed installations, from geeky LED displays to old fashioned paper.

Personally, I can highly recommend a paper solution I made for my office door when I had a lot of interaction with study participants. I still use it because it’s extremely practical. 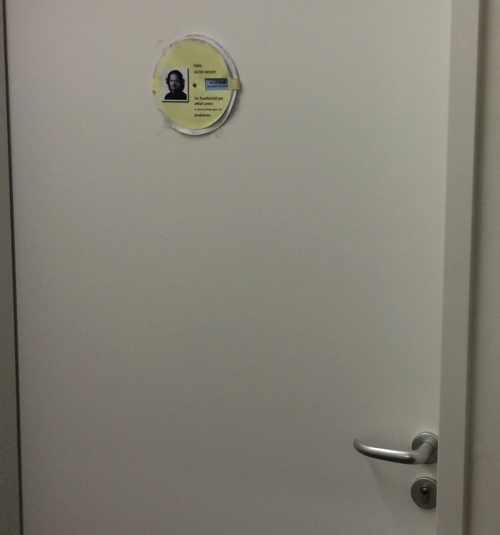 okay, as close up: 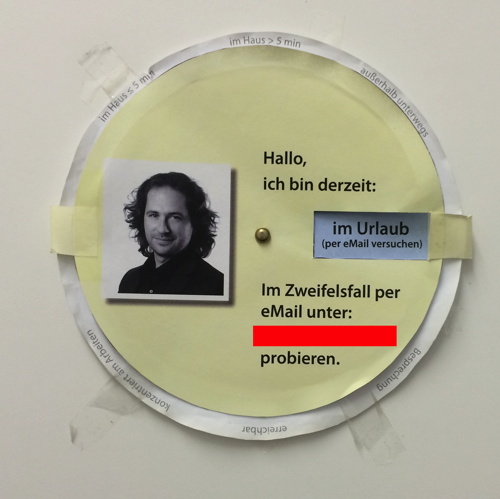 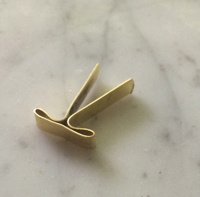 It’s easy to turn to change the out-of-office message and easy to construct as well. It uses two pieces of paper, connected with … hells, I don’t even know the word for it in German, one of these metal thingies that are used to close some envelopes. That thing on the right. [Update: it’s called “brass fastener”, “brad”, or “split pin” in English, or “Musterklammer” or “Musterbeutelklammer”, also “Flachkopfklammer”, “Rundkopfklammer”, “Spreizklammer”, “Splitpenne”, “Beutelklammer” or rarer “Versandtaschenklammer” in German, ah, smart people who love knowledge and are willing to share it are cool 🙂] I’ve put some tape on the back to keep the metal thing in place and avoid it scratching the door.

The two pieces are printed on paper (here with a quick and dirty translation into English). 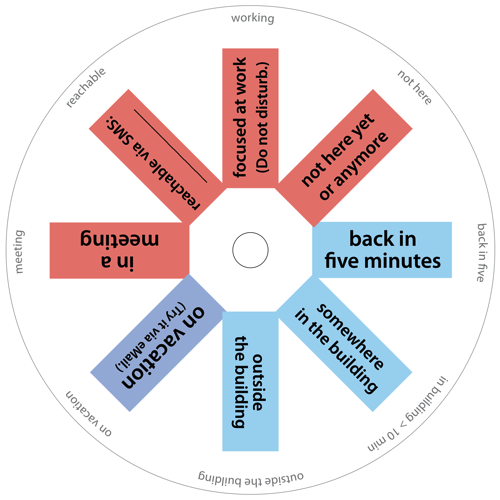 and the cover disc: 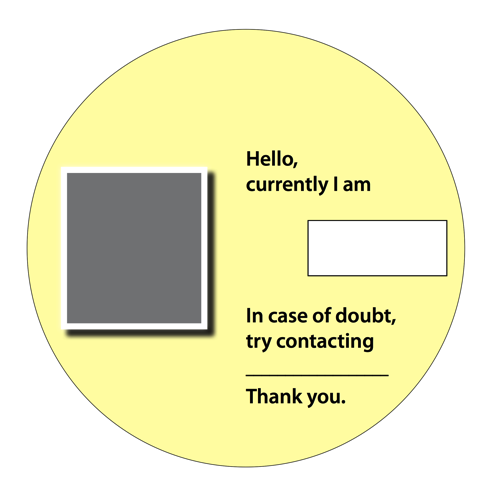 Cover disc. I thought about writing “In case of doubt, run in circles, scream and shout.”, but I guess that could be misinterpreted. 😉

Works very well for well over a year now. Much better than post-its.